In August 2015 she died of a Marcy Borders cancer, remembered as the “dust lady” and whose photograph became one of the most iconic of the attacks on the Twin Towers of New York York of September 11, 2001.
She was photographed when she managed to take refuge in a building near the towers.
He had his face and his whole body covered by the dust that enveloped Ground Zero after the buildings collapsed.
Eighteen years after the attacks, we remember the history behind this iconic image.
Photography
On September 11, 2001, Borders was just serving in the Bank of America, whose offices were located on the 81st floor of the North Tower of the World Trade Center.

“The building began to tremble and sway. I lost all control. I struggled my way to get out of that place,” Borders told the Daily Mail in 2011.
Defying his boss’s instructions that he should not leave, he fled down the stairs and took refuge in the lobby of a nearby building. There his image was captured by photographer Stan Honda.
The author of the snapshot recalled that moment in a Facebook post on the tenth anniversary of the attacks.
“A woman came in completely covered in gray dust. You could tell she was very well dressed for work and for a second she stopped in the lobby. I was able to take a shot of it before a police officer started directing people up the stairs,” Honda wrote in 2011.
New Jersey-born Borders did not realize she had been photographed until her mother saw the image the next day and contacted Stan Honda.
Complications

In the years after the attacks, Borders suffered from severe depression and drug addiction. He even lost custody of his two children.
“I haven’t worked in almost 10 years and in 2011 it was a complete disaster,” he told The New York Post at the time. “Every time I saw a plane, I panicked.”
However, after a stint in rehab, he managed to detox and regained custody of his children.
In November 2014, it was known that he was suffering from stomach cancer.
Borders claimed that his evil was the result of what he experienced in 2001. “I definitely believe it because I didn’t have any illnesses,” he told the New Jersey Journal.
“I don’t have high blood pressure, high cholesterol, or diabetes.”
Thousands of People in Ground Zero on 9/11 were diagnosed with cancer in subsequent years, particularly rescuers who worked on the rubble of buildings in the days and weeks following the attacks.
That led to the creation of a compensatory fund during Barack Obama’s administration.

Death
In interviews in the years following the attack, Borders blamed his cancer on dust and the pollutants he aspired to while escaping the World Trade Center.
After her death in 2015, Jean Borders, Marcy’s cousin, called her “heroine” and claimed that she “succumbed to the diseases she carried into her body from 9/11.”
“In addition to the loss of so many friends, co-workers and colleagues during and after that tragic day, the pains of the past have found a way to resurface,” he said.
Noelle, daughter of Marcy Borders, told the New York Post that her mother “fought an incredible battle.”
“She’s not just the ‘dust lady’, she’s my heroine and she’ll live forever through me,” she concluded. 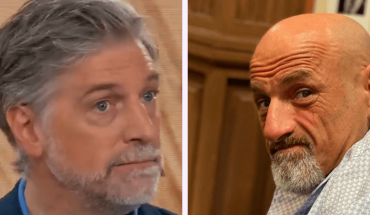 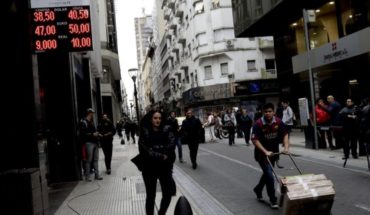