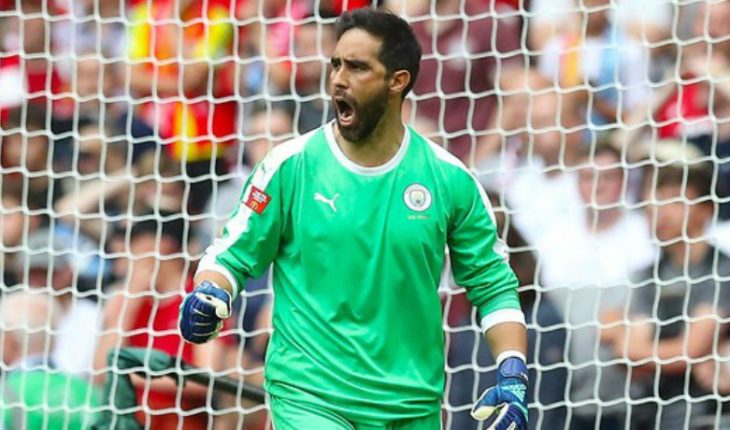 Manchester City, a draw where Chilean goalkeeper Claudio Bravo plays, fell surprise3-2 on Saturday on his visit to Norwich, a commitment valid for the fifth date of the English Premier League 2019-2020.Pep Guardiola’s pupils fit they went their first big backhand of the season and walked away from the lead, having 10 points while Liverpool accumulate 15 thanks to their ‘clean basket’ in the tournament. Rodri Hernandez’s goal when the stopwatch expired, with a strong and distant shot (88′), did not prevent the Citizens from losing to a newly promoted and being penultimate in the leaderboard on the eve of this match. Finally, the goal of the Argentine Sergio Agéero, on the verge of rest and when they were 2-0, which at least served him to score for the fifth round in a row and match José Antonio Reyes (season 2004-2005) and Wayne Rooney (2011-2012) in that statistic. On the other hand, the sabatim turn in the English league led to Manchester United’s tight win over Leicester City. The 1-0 solitaire was the work of Marcus Rashford, transforming a penalty in the 8th minute with this good result at Old Trafford, the former team of Alexis Sanchez and who runs Norwegian Ole Gunnar Solskjaer provisionally placed fourth. In addition, Chelsea FC won by a loose 2-5 on the field of Wolverhampton Wanderers, while Liverpool took their lead by winning Newcastle 3–1 with goals from Sadio Mané (28′ and 40′) and Mohamed Salah (72′). Saturday match results for Premier’s Day 5:Liverpool 3-1 NewcastleBrighton 1-1 BurnleyManchester United 1-0 LeicesterSheffield United 0-1 SouthamptonTottenham 4-0 Crystal PalaceWolverhampton 2-5 ChelseaNorwich 3-2 Manchester City