Los Angeles.- The United States begins on Sunday the Hispanic Heritage Month celebrations, marked this 2019 by the massacre in El Paso, Texas, which left the feeling that Latinos are undesirable and non-family members of the country.» They again made us enemies of the state, a rugged, criminal and undesirable minority for American culture,» Opined in a statement to Efe the University of Houston professor Nicholas Kanellos.

The academic says there is a growing rejection of the Latino community, and this is largely due to US President Donald Trump, whose anti-immigration rhetoric fuels the demonstrations of hatred. On August 3rd Patrick Crusius, 21, entered an armed mall in El Paso, an area bordering Mexico, and killed 22 people, eight of them Mexican citizens.

According to the documents of the investigation, the defendant confessed to the police when he was arrested that his goal was to kill «Mexicans» and acknowledged that it was he who opened fire on a crowd at a Walmart store in El Paso that many city saloons Mexican years. Kanellos does not hold Trump responsible for that bloodbath, but he agrees with professor of History and Latin American Studies at Pomona College (California) Miguel Tinker Salas, who warns that Latinos, and especially Mexicans or their descendants, experience «a high level of harassment» today. Although projections from the Pew Research Center reflect that by the 2020 election Hispanics will be the first minority, with 13.3% of all voters, Tinker Salas believes that Trump’s strategy, which will seek re-election, will be to attack Latinos and create the feeling that it defends the country’s values.

Victims of us shootings. Photo: AP

Kanellos further emphasizes that «America’s culture is very much based on the culture and history of Hispanics in America.» The professor mentions documents dating back to the 16th century that prove that «Hispanics are owed to the introduction of industries vital to America’s economic development, the workforce and the approach of ideas that helped build the democracy that today it exists.» Tinker Salas believes that recognitions on the occasion of Hispanic Heritage Month should begin by eradicating the restrictive immigration policies undertaken by the current White House Administration.This year the celebration of Hispanic legacy, initiated in September 1968, when the US Congress authorized then-President Lyndon B. Johnson to proclaim National Hispanic Heritage Week, he kicked off days after a controversial asylum regulation came into force. Last Thursday, the U.S. authorities began denying asylum to undocumented people on the southern border who have passed through Mexico or other countries without having asked for this protection there, following the backdrop to this measure given the previous day by the Court Supremo.Kanellos notes that «there should be fewer folk dances and more political organization, fewer typical Latin meals and more civil rights claims» in this Hispanic Heritage Month, precisely extended to 30 days from 1989 and during which they present the Hispanic Legacy Awards.Considered one of the most prestigious awards given to Latinos, this year they will go to the scientist Sylvia Acevedo, executive director of Girl Scouts; Monica Ramírez, founder of Justice for Migrant Women and the National Peasant Alliance; actor Eugenio Derbez and boxer Saúl «Canelo» Alvarez.Mindy Romero, founder of the California Civic Engagement Project (CCEP), believes that Latinos have a great opportunity to demonstrate their power in the upcoming presidential election, but recognizes that the usual low participation rates of Hispanic voters detract from their weight. Kanellos adds that the Latino community must understand that «this country belongs to them and that they are responsible for reforming the national culture to achieve a fair representation, free from signs and hatred. 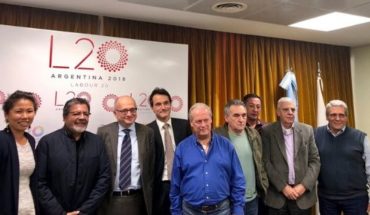