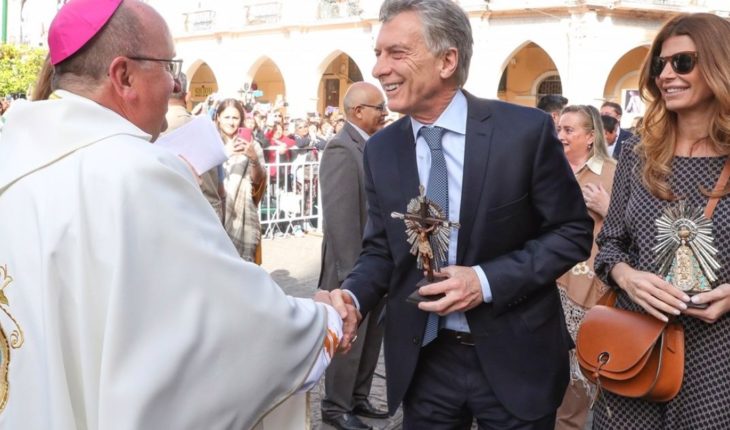 The Archbishop of Salta, Mario Antonio Cargnello, addressed President Mauricio Macri today during the Mass of celebration of the Lord and Our Lady of the Miracle to point out that «the poor are not a nuisance, they are an opportunity». After reminding him that he had promised to fight for the goal of achieving zero poverty in the country, the prelate summoned the head of state to listen to the poor who, he said, «are teachers who teach us.» The Miracle Festival has a 327-year history and is one of the greatest manifestations of faith in Latin America. Thousands of pilgrims arrived in the city of Salta after up to 13 days of hiking from Puna.

Macri and his wife, Juliana Awada at Salta Cathedral.

It was to thank the President’s presence at the celebration, Cargnello recalled that Macri «told all Argentines that he has felt beaten» after the results of the STEPS and, in that climate, told the representative that he wanted to «speak from heart to heart», as there will be decided to go all the way to Jump to participate in mass.» He’s come to a good place, to meet the Lord. God transforms the heart and provokes freedom,» the archbishop said, taking the floor after the homily spoken by a Colombian priest. In that tone he extended the message to the rest of the political authorities present at the event, among whom were also the candidate for vice president and governor Juan Manuel Urtubey and other candidates for the provincial elections that will be held on the 10th November.
«This thing I say applies to everyone and everything that is played in the world of politics. The poor are not a nuisance. They’re an opportunity. The poor are teachers who teach us,» he said.

And, to the President, he said, «When you started you said you were going to fight for zero poverty. What can you tell Jump now?».» Yesterday, when I saw the miners, I saw humble people. Works at La Puna. they’ve been walking 15 degrees below zero. They work in that situation. It’s people who work hours and hours in inclement situations to give wealth to the republic,» he said. Regarding the case of the miners, who made their way to Salta, he said: «They come together, the owner of the mine, the manager and the last of the miners. And they provoke a new society. Isn’t it possible to come together walking through history? Why do we think history has to be made from the fight?»
«That is why Mauritius has spoken of poverty. Take (then) the face of the poor. They’re worthy, they’re Argentinian!»

In addition, amid applause from the people, Archbishop Cargnello said: «They are respectful and deserve us to kneel in front of them. It’s good for all brothers, that’s all.» In this note: 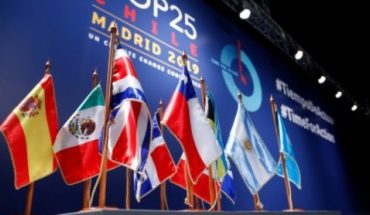 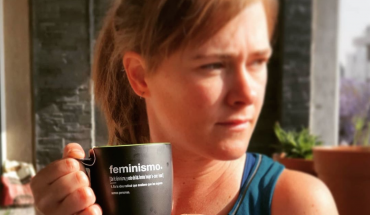 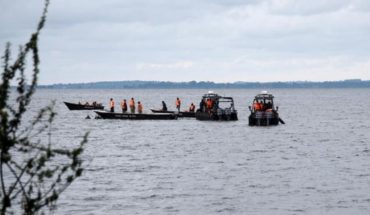