Venezuela.- A group of minority opposition parties agreed to start negotiations with the government of President Nicolás Maduro, not including majority organizations or opposition leader Juan Guaidó, which sat new political tensions away once again the possibility of a negotiated exit to the complex crisis that is plaguing the South American nation. The agreement, which provides for the return of officialism to the opposition-controlled National Assembly, was signed on Monday by representatives of several minority forces with no greater popular support — some founded by former members of the official alliance — along with the Maduro’s top advisers at an event attended by foreign diplomats.

The action of minority organizations marks the first major division between the sectors opposed to Maduro since Guaidó declared himself in January interim president of the country, arguing that the socialist representative was re-elected in May 2018 in some elections Fraudulent. Guaidó was quickly recognized as venezuela’s legitimate president by more than 50 countries. Maduro called the agreement «successful step» that «opens all the doors of dialogue.» At an event at the presidential palace, the representative added: «We play various scenarios, all of peace, constitutional, democratic and sovereign,» he added. However, Guaidó considered the announcement made by minority parties to go to a parallel dialogue table as a «maneuver» by the government. The opposition leader, who a day earlier had terminated contacts with Norway-sponsored Maduro representatives, raised that following the government down this path would return to the stage on 20 May 2018 which will result in a «major isolation, increased international pressure, increased internal pressure.»
For the analyst and director of local delphos pollster Felix Seijas, the divisions that have emerged in the opposition weaken the solid block that had supported Guaidó since the beginning of the year who will have to deal with these fractures amid the exhaustion of his loss of call power on the streets. In a meeting with the press, the also head of the National Assembly revealed that during the negotiationprocess promoted by Norway his delegation proposed the creation of a Transitional Governing Council that would involve the departure of Maduro from office, the separation opponent of the leadership of the Congress and the call for free elections. Among the signatories is the Progressive Advanced party, former presidential candidate and former official leader Henry Falcón, who faced Maduro in the 2018 presidential election and declared fraud on Election Day. Also the Movement for Socialism (MAS) which for years was part of the political alliance of the late President Hugo Chávez and which later led to a severe criticism of both the Maduro government and the main opposition parties. Others who stamped his rubric is the Solutions Movement, founded by Claudio Fermín, a former member of the opposition Democratic Action party, known for his conciliatory stances, an organization that recently established an alliance with the organization of former mayor of Caracas and former official leader Juan Barreto to promote agreements outside the main opposition parties. The talks will focus on reforming the National Electoral Council of Venezuela (CNE), in which four of its five managers are seen as close to officialism; in addition to trying to find a solution to the deadlock in which the Legislative fell after the creation of the Constituent Assembly, made up entirely of supporters of officialism, to rival the national assembly controlled by the opposition. The Constituent, covered by a judgment of the Supreme Court of Justice, related to the government, assumed the powers of the National Assembly.The deputy Timothy Teo Zambrano, one of the opposition legislators who signed the agreement, indicated that with the government it has already reached a first bloc of agreements that includes the decision to return official deputies to the National Assembly, which it hopes will be fulfilled immediately, that in a short period «agree a new CNE» and that the authorities release the leaders partisans and other government adversaries that the opposition and human rights groups consider «political prisoners.» In this regard, Maduro stated that the Truth Commission was given a set of requests and requests for releases of prisoners for evaluation.» For the peace of the country we go to the Assembly and we join without any problem,» the head of the Constituent National Assembly and vice-president of the official party, Diosdado Cabello, confirmed the return to Congress of some 54 deputies government-linked who had withdrawn since 2016 from the legislative body claiming that he was in contempt of the decisions of the Supreme Court of Justice.The return of officialism to the Legislature and its alliance with small parties does not yet give him control of the Congress, acknowledged the deputy opposition Carlos Berrizbeitia, member of the so-called «Broad Front», who told the press that «we continue to have a majority». Despite the legal proceedings faced by more than twenty opposition congressmen who have forced them to flee the country, take refuge in embassies and remain underground, the bloc that supports Guaidó has more than 80 deputies. Negotiations between the government and the opposition, which had been taking place since July on the Caribbean island of Barbados under the facilitation of Norway, came into crisis after Maduro announced earlier last month the withdrawal of his delegation in rejection of the new sanctions imposed on him by Washington that froze all of the Venezuelan government’s assets in the United States and prohibited Americans from doing business with Caracas.Regarding the process, the leftist representative said Monday that the government would leave. all open doors» by the time they are summoned again in a conensue manner by Norway. 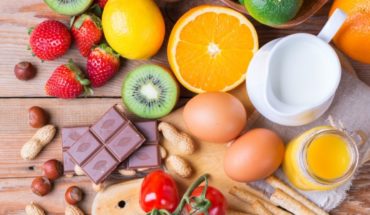 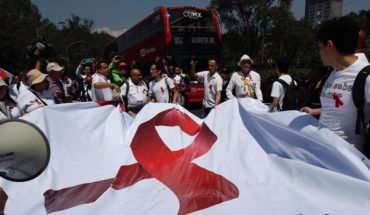