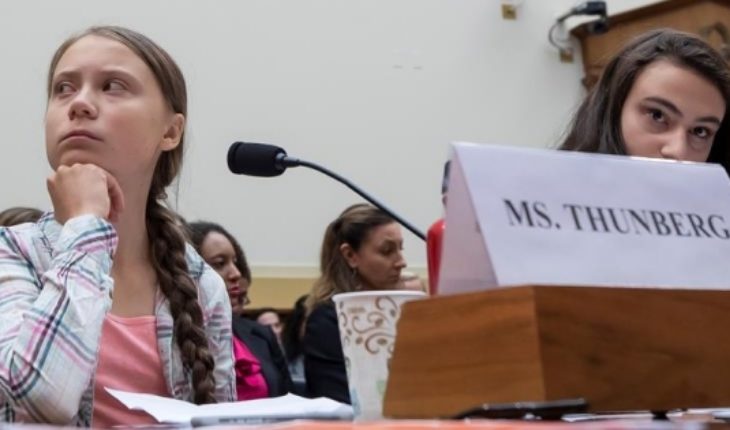 At just 16, Swedish environmental activist Greta Thunberg provoked members of the US Congress for political inaction to curb climate change. This at an appearance where he gave voice to his generation’s concerns about global warming.
His intervention before a joint session of two committees of the US lower house was short but blunt.
«My name is Greta Thunberg, I have not come to offer prepared statements at this hearing,» said the teenager who, instead of her testimony, offered congressmen a copy of the 2018 Global Warming Group report Climate Change Experts (IPCC).
This IPCC report, made up of SCIENTISTs chosen by the UN and serves as a guide to world leaders on global warming, emphasizes the impact of the climate crisis and the threat it poses to humans.
«I deliver this report as a testimony because I don’t want to be heard, but to listen to the scientists, I want you to come up with the sciences and then I want you to take real action,» said Thunberg, combed with her signature braid.

The young woman’s presence sparked a great media stir at the Capitol, where each of her movements was followed to the millimeter by the media.
Despite the expectation he arouses wherever he goes, Thunberg showed his usual aplomb and was steadfast in his words to members of Congress.
In her appearance before the committees of the lower house, the Swedish teenager appeared flanked by youth climate activists Jamie Margolin, Vic Barrett and Benji Backer.
His youth was no impediment to some Republican lawmakers launching some of their onslaughts to defend the management of U.S. climate change.
Congressman Garret Graves, who represents the state of Louisiana, agreed with the need for «aggressive action» on climate change: but «it’s also important to ensure that we move based on facts,» he said.
In that regard, he stressed that «contrary to popular belief, the U.S. has led the reductions in greenhouse gases» and stated that since last year the country has made progress in terms of «adaptation» and «mitigation» strategies of the climate crisis.
Graves also compared the pollution caused by U.S. and Chinese ships in the oceans; and asked Thunberg if he would not be angry in case another person polluted the sea, while she cleans the waste that is poured into it.
«Well,» the activist replied, «first, by that logic, » so I’m throwing a lot of garbage into the ocean, and then I’d stop throwing my garbage into the ocean and ask the other boat to stop it as well.»
It’s not the first time
It’s worth noting that this isn’t thy first time meeting U.S. lawmakers, as yesterday he was with a group of Democratic senators by the Capitol at an event in which he called on Congress for concrete action and leadership to address climate change .
While in Washington, he also had the opportunity to meet former President Barack Obama (2009-2017), who posted a photograph of both on his Twitter account yesterday.
With «only 16 (years), Greta Thunberg is already one of the greatest defenders of our planet. Recognizing that his generation will take on the worst of climate change, he is not afraid to push for real action,» Obama said.
Following President Donald Trump’s arrival at the White House in 2017, the U.S. withdrew from the Paris Climate Agreement and the representative has insisted on his skepticism about the effects of global warming and a consequence of human action.
Last Friday Thunberg joined a protest in front of the US presidential residence from where he sent a message to the authorities that he will not stop in his demands to combat climate change.
The young woman departed the British port of Playmouth on 14 August aboard the fossil-fueled Malizia II sailboat to New York, where on 23 September she will take part in the Un-Un-Listed Climate Action Summit. 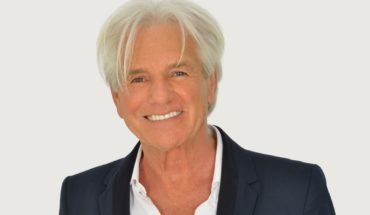 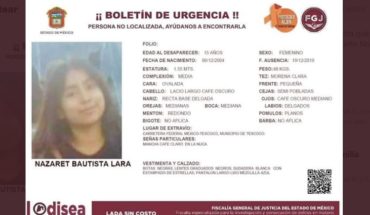