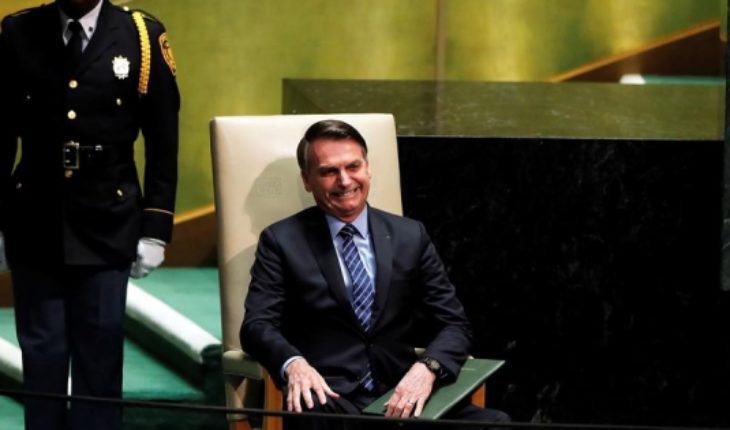 Brazil’s President Jair Bolsonaro on Tuesday opened the discussions of the 74th United Nations General Assembly with a speech in which he defended his performance in the face of the Amazon fire crisis, he attacked «socialism» – represented by his predecessors Luiz Inácio Lula da Silva and Dilma Rousseff – and said goodbye by quoting the gospel giving the «thank you for the glory of God».
In a UN tradition that reserves to Brazil the first speech of the General Assembly, Bolsonaro opened the debate phase and, in his first words, stated that he represents a «new country», which in the recent past «came to the brink of socialism».
This, according to the leader of the far-right, led Brazil «to a situation of widespread corruption, poverty and criminality» and also led to «uninterrupted attacks on religious values.»
He also alluded to the about 10,000 Cuban doctors who, until the end of last year, operated in Brazil through cooperation plans signed by previous governments and which Havana decided to withdraw after Bolsonaro’s criticism of its authorities.
The Brazilian ruler said that, with the withdrawal of these professionals from Cuba, Brazil «stopped contributing to the Cuban dictatorship,» to which it claimed that previous governments sent «$300 million annually» through these cooperation programs.
He stated that today some «60,000 Cubans» are in Venezuela and act in the areas of «intelligence and defense» to keep in power a «dictatorship» that has implanted in that country that «was already so prosperous», the «barbarity of socialism».
Bolsonaro highlighted Brazil’s effort to welcome the thousands of Venezuelans who have come to the country in search of a new life and said that its government will continue to «work to ensure that democracy is restored in Venezuela» experience this nefarious regime of socialism.»
In reference to his predecessors Luiz Inácio Lula da Silva and Dilma Rousseff, Bolsonaro accused them of spending «hundreds of millions of dollars to buy media and Congress,» and took advantage of the «patriotism» of Judge Sérgio Moro, who imprisoned Lula, and who was then transformed as his minister of justice.
Fires in the Amazon
Bolsonaro devoted an important part of his intervention to defend his government’s policy against the Amazon and the fire crisis. The controversial ruler said the area is «not being consumed by fire, everyone can witness,» and argued that «we are one of the countries that most protects the environment.»
According to the Brazilian representative, «we follow best practices in all areas, including environmental protection» and «my government is committed to sustainable development».
But at the same time he complained that Brazil suffered «sensational attacks by international media» that activated patriotism in his country. In this context, he insisted on the issue of sovereignty. There he stated that «the Amazon is not a legacy of humanity» and «it is a fallacy to say that our forest is the lung of the world.»
He therefore recalled that at the G-7 summit, Brazilian sovereignty was questioned and noted that «one of those countries suggested imposing sanctions on Brazil without even listening to us», but that the bloc members rejected it. In this regard, he said he was «very grateful to President Donald Trump,» the US representative who has squared himself with Bolsonaro’s position on this matter. 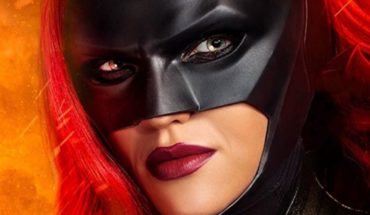