Tegucigalpa.- Minors are the most vulnerable to human trafficking in Central America, a problem underreported despite being considered the third most profitable illicit business in the world and whose combat requires greater social awareness, according to experts consulted by Efe.Lourdes Gutiérrez, regional coordinator of the Trafficking in Persons and Migrant Trafficking Project at the United Nations Office on Drugs and Crime (UNODC), said that in central American countries «most affected» by this scourge are the minors.

Children are the «most vulnerable» population to trafficking because «they are the least denouncing, some don’t even talk, so someone else has to say what’s going on,» he stressed.» Human trafficking can be within the same family, your own parents may be exploiting you, such as organized crime networks,» he stressed. He stressed that people smugglers take advantage of «people’s dreams,» whom they «end up exploiting and benefiting.»

«Human beings are not for sale, nor for rent,» stressed UNODC expert, who said the most common modality is sexual exploitation. It noted that there were also other types of trafficking, such as labour exploitation, begging, illegal organ extraction and sex tourism. Gutierrez, who participated this week in Tegucigalpa in the launch of an anti-trafficking campaign, indicated that the most common strategy for recruiting victims is the use of social media, and urged citizens to «inform, report» and self-protect. To combat this crime, she added, cooperation between countries in the region is required and a culture of denunciation is required.» This crime has been around all life and that is why all countries can have victims of human trafficking,» said Gutierrez, who noted that many of the victims are exposed through social media to a «vulnerability situation» and traffickers «take advantage.» The Honduran authorities have rescued 194 victims of trafficking from 2019, according to a report by the Inter-Agency Commission Against Commercial Sexual Exploitation and Trafficking in Persons in Honduras.In addition, the Justice issued 22 sentences for this crime, according to official information. Honduran Minister of Human Rights Karla Cueva told Efe that trafficking is a crime of «organized crime» and a «serious violation» of human rights. She advocated an «articulated effort» to fight trafficking and urged families to prevent minors from being «easy victims» of that scourge. He stressed the importance of identifying places, mainly tourist areas, where minors and women are «most vulnerable» to human trafficking.» It is important to investigate (cases) but also sanction those responsible,» said Cueva, who asked the public to «not criminalize and not hold the victims accountable.» Human trafficking is the third most profitable illicit business, said the official, who said that no human being «is commodity.» Honduras is one of the countries that «comply with the law» and has made «significant efforts» to combat the phenomenon, although it acknowledges that it is «never sufficient when it comes to serious human rights violations». Trafficking is a crime that involves capturing and retaining a person by force or pressure. For his part, the director of the non-governmental organization Casa Alianza in Honduras, José Ruelas, told Efe that greater «awareness» among citizens is fundamental to curbing human trafficking. He said that child trafficking in Honduras is «in sight of all» in restaurants, bars or squares.» As long as we do not have to be aware as a society that we have to be attentive to care for, first the loved ones, but also the citizens, we will not be able to move forward by more laws that we have,» Ruelas stressed.

Adonis Andonie (i), together with the director of Casa Alianza, José Guadalupe Rúela (d). / EFE.

The director of Casa Alianza indicated that «domestic servitude» is a form of human trafficking that «goes unnoticed» and mainly affects girls. This scourge, he added, is a «transnational» crime that requires the «commitment» of all sectors to the «lack of awareness of human dignity», as well as a legal framework. Casa Alianza in Honduras provides accommodation and support for children victims of violence, sexual exploitation, human trafficking, drug addiction, and, increasingly, for deportees from the United States and Mexico. 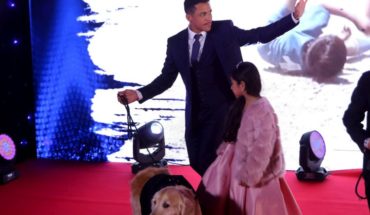 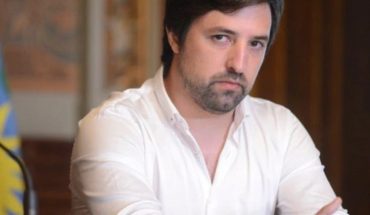 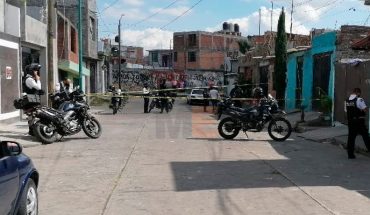 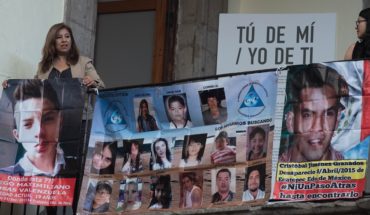