KABUL (AP) – Afghans were going to the polls on Saturday to elect their new president amid strong security measures and threats of violence from the Taliban, warning people not to vote or risk getting hurt. Fear and frustration with the relentless corruption that has characterized successive governments are the main concerns of the 9.6 million people who have the right to vote. Afghanistan has also been rocked by a pick-up in violence on the eve of the election, following the failure of talks between the Taliban and the United States to end Washington’s longest war ever.

At some polling stations in the capital, Kabul, voters lined up since before it opened, while elsewhere, election workers did not arrive on time. Imam Baksh, who works as a security guard, said he was not concerned for his safety while waiting to mark his ballot, without yet being clear to whom he would support.” All of them have been very disappointing for our country,” he said. One of the first reports of violence occurred in the south of the country, the ancient spiritual heart of the Taliban. One bomb caused 15 injuries in a mosque that housed a polling station, according to a doctor at the main hospital in kandahar city.Among the injured, three of them with a critical prognostic, there were several policemen and election officials, as well as voters Added the doctor, who spoke on condition of anonymity because he was not authorized to inform the media. Sporadic attacks were also reported elsewhere in the country, but it was not immediately clear whether their target was polling stations. The main candidates for the presidency are the current representative, Ashraf Ghani, and his partner in the unity government who ruled the country the last five years, Executive Chairman Abdullah Abdullah, who denounced alleged abuse of power by his rival. Television cameras slammed when the two hopefuls cast their vote in Kabul, and Ghani told voters that they have a responsibility to report fraud cases. Early complaints included one for the delay in opening the polls in Wazir Akbar, a sleek region of the capital, and failures in the operation of biometric machines that attempt to curb fraud. In Taimani, a Northern Hazara-majority neighborhood, two-thirds of the voter registration was missing, and election workers told angry voters that their names were not on the list. Abdul Ghafoor, who spoke on behalf of dozens of men waiting to cast his vote, explained that of the nearly 3,000 registered voters, only 400 appeared on the list sent to the center. Officials told him to come back at 14:00 and then he could vote even if he wasn’t on the list and not using the biometric machine.”But how can they do this? My vote won’t count if I’m not on a list,” he said. Tens of thousands of police officers, intelligence officers and soldiers guarded the country’s 4,942 polling stations. The authorities kept 431 closed because of the problems to ensure their safety by being in areas controlled by the Taliban or under their radius. In Kabul, traffic was scarce and police men and soldiers scattered throughout the city stopped cars to check them for something out of the ordinary. The Taliban said their attacks would focus on the cities. 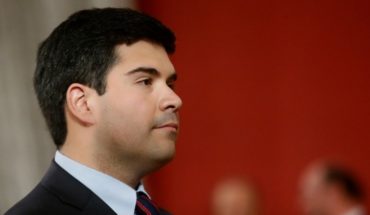