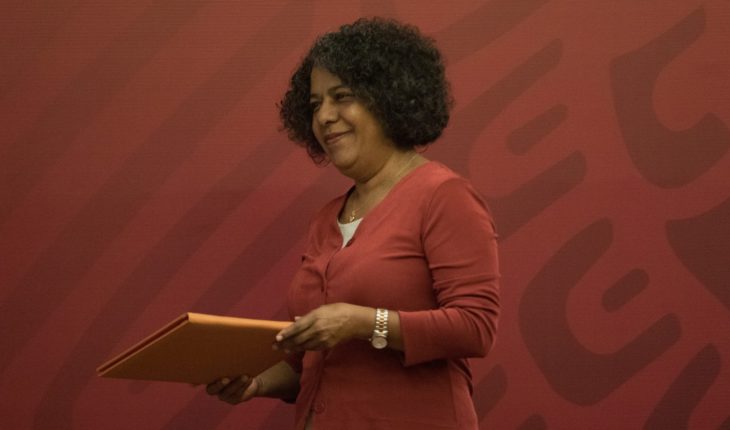 More than 350 civil society organizations and human rights defenders asked the Ministry of the Interior (Segob) and President Andrés Manuel López Obrador to dismiss the current head of the National Commission to Prevent and Eradicate Violence Against Women (Conavim), María Candelaria Ochoa Avalos.
At a press conference, members of the National Citizen Observatory of Femicide (OCNF), the Fray Francisco de Vitoria Center, Cladem and the Mexican Commission for the Defense and Protection of Human Rights (CMDPDH) accused Ochoa Ovals of hindering since her position the guarantee of women’s rights in the country.
«As organizations located in different parts of the country, we have attested that more than six months after taking office, the current commissioner has not promoted or taken strong actions that can address the problems that end the 10 women in our country,» they said.
In a letter on Tuesday to the President and The Secretary of the Interior, Olga Sánchez Cordero, they denounced María Candelaria Ochoa not to allow the participation of civil society organizations within the mechanisms of monitoring the Alerts of Violence (AVG) declared in the country, as well as delaying the declaration for Mexico City.
You may be interested: They declare second Gender Violence Alert in Edomex, for the disappearance of women and girls
According to the signatories, the Conavim has not only delayed the statement of the AVG in Mexico City, because it rejects a judge’s order to include organizations in monitoring actions to prevent violence against women, but has rejected and rejected Zacatecas and has refused to implement a third Alert for the state of Veracruz.
They also noted that, in the case of Jalisco, Ochoa Ovallos prevented women’s rights advocacy organizations from participating in AVG’s action monitoring groups, and conditioned their presence on the call of the state government.

«Instead of fulfilling their obligations in implementing the AVG mechanism and designing the implementation plans and the monitoring and evaluation methodology of the 19 declared HSCs and convening the monitoring groups – as requested in several states – the current commissioner has dedicated herself to leading organizations to judicialize women’s rights, rather than guaranteeing them as established by her mandate,» they claimed.
The organizations also emphasized that, more than seven months after the president and the Segob’s presentation of the Emerging Action Plan to Ensure the Integrity, Safety and Life of Women and Girls in Mexico, «to date, the solution to the has not made significant progress, contrary to this, violence remains and is exacerbated.»
Read more: Amparo forces CDMX to decree gender alert; violence is from the previous regime, Says Sheinbaum
«The commissioner has shown and has shown to us, in practice and in the courts, that we have no dialogue with her, that she has no capacity for dialogue. We are not questioning whether she is an expert on the issue of violence against women, we are questioning her inability to dialogue with the organizations that we are day-to-day with victims fighting for access to justice,» they said.
President López Obrador called for «congruence between the speeches of the current administration with the facts. We are demonstrating what has been the action and treatment that we have been given as human rights defenders by this civil servant.»
«We felt that this was not even or had lived in the past administration, we share ideals of transformation with this new government. We ask for consistency between his speech and those who represent the institutions,» they concluded.
In addition to the requirement of the resignation of María Candelaria Ochoa, the organizations asked the government to generate actions that eradicate violence against women in Mexico and to evaluate the 19 GVs declared in the country, to know their degree of progress and obstacles they face.
Find out: Implementation of Gender Alert in States, with Omissions and Irregularities, NGO Reporting
They also demanded that it be ensured that the GVs that are declared are specific and in line with the problems identified in each state and that the mechanism be strengthened through the design of a monitoring and evaluation methodology in which the social organizations.

Also that the actions and resources earmarked by the three levels of government to guarantee women’s human rights are strengthened and that the regulations of the General Law on Access to Women to a Life Free from Violence be reformed to avoid the gaps in women they give rise to performances in a way.
Among the signatories of the letter are 150 organizations, including IDHEAS, the Neighborhood Assembly We want Vivas Neza, ADIVAC, the UNESCO Chair of UNAM, El Caracol A.C. and the Mexican Institute of Human Rights and Democracy.
This requirement was also met by 200 surviving relatives and victims of feminid violence, and women’s human rights defenders.
Political Animal consulted the Conavim and segob about their positioning regarding the request of the organizations without the response until the time of publication.
What we do in Animal Político requires professional journalists, teamwork, dialogue with readers and something very important: independence. You can help us keep going. Be part of the team.
Subscribe to Animal Politician, receive benefits and support free journalism.#YoSoyAnimal 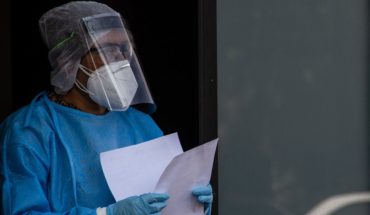 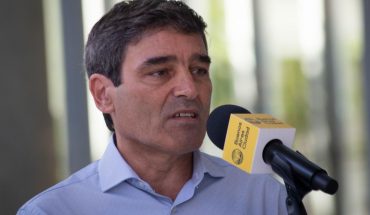 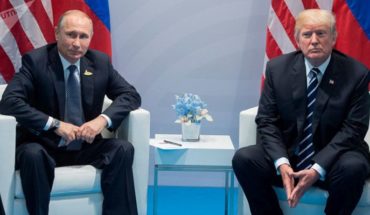 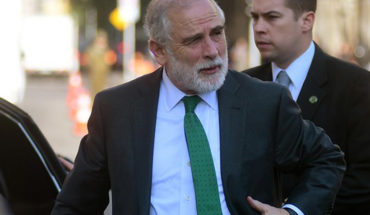