Sinaloa.- Sinaloen producers made a call to the governor of the state, Quirino Ordaz Coppel to support them, to have an audience with the President of the Republic, Andrés Manuel López Obrador, on his visit to Sinaloa that he will make this Friday. At the meeting, the leaders of various agricultural agencies in the entity agreed to submit a request to the representative of the Nation, before the collective Budget of Egresses of the Federation that it has submitted to the Chamber of Deputies, in which it contemplates a budget cut to the field for next year.

The producers questioned the position of Jaime Montes, coordinator of Federal Programs in Sinaloa, as they argue that he is unaware of the situation faced by Sinaloen producers and even appears to live in another country. Agustín Espinoza Lagunas, president of cap, said they need to know what the position of the president of Mexico is, because the situation of the producers is very regrettable and they did not want to make blockades, nor to be demonstrating on the streets.» Today we analyze the numbers, which Caades did us the favor of showing them of the budget proposal, which the federal executive presented to the Congress of the Union, and definitely the numbers handled by the delegate (Jaime Montes) does not match the data that we have».
He stated that López Obrador had always said that he was a sensitive person, so he should listen to the Sinaloan producers. Producers
For his part, Emilio González, president of the Unique Coordinator of Agricultural Producers of Sinaloa, said that he was already good that the Sinaloense producers, who are the main food producers of the country, are subsidizing others, in addition to their continue to cut the budget.» We call on our governor (Quirino Ordaz), who will lead us, help us, put us, it is time for us to express in a loud voice of the producers the feeling, of the economic situation they go through».

Also present at the meeting was the local deputy for Morena and agricultural leader, Ocadio García, who said that the secretary of Agriculture and Rural Development, Victor Villalobos, has shown himself as a person outside the countryside and is not interested in supporting producers. 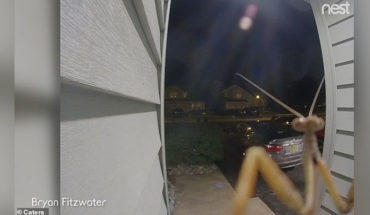