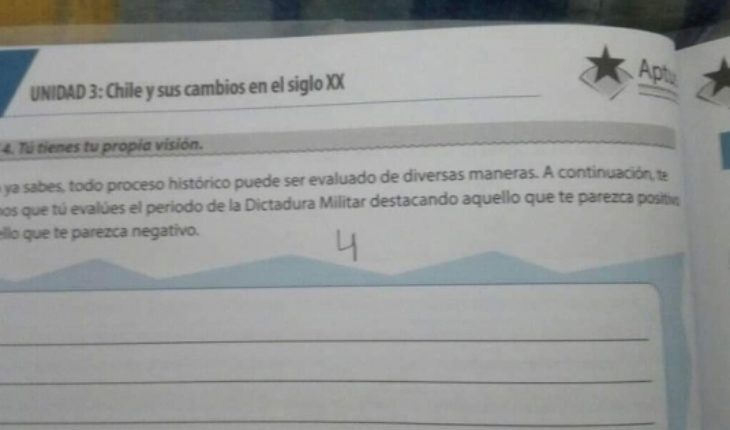 Controversy has generated a question in a text of History and Social Sciences that Aptus distributed last year to sixth-grade students.
«As you know, any historical process can be evaluated in a variety of ways. Next, we ask that you evaluate the period of the Military Dictatorship by highlighting what you think is positive and what you think is negative,» the statement of the exercise says.
According to the company’s website, they are dedicated to «collaborating in improving the quality of education in vulnerable schools in Chile, by transferring proven, effective and replicable pedagogical and management products and methodologies at scale, in order to generate greater and better learning syllapeople in students.»
Among the schools that receive the texts designed by this publisher are, according to the middle El Desconcierto, the network of SIP schools, linked to the Matte family, the University of Los Andes, Enseña Chile, Villa María Academy, Fundación Belén Educa, the Corporation Educational of the Archbishopric of Santiago, among others.
Rejection of the question
That question, which dates back to last year, has generated mixed criticism in opposition MPs.
MEP Camila Rojas wrote on her Twitter account that «THE DICTADURAS have nothing positive to highlight.» 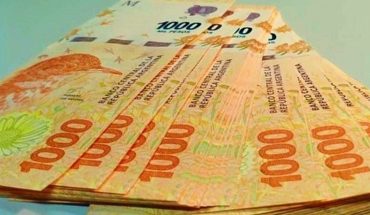 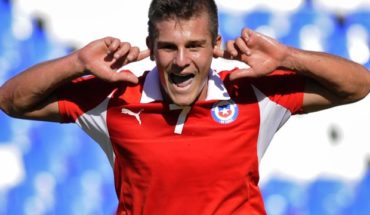