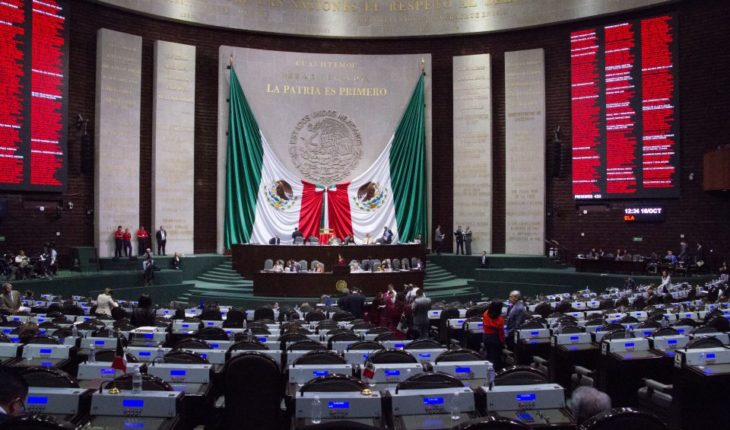 The Chamber of Deputies this morning approved 300 votes in favour this morning, 127 against and two abstentions, in general and in particular the unreserved articles, the opinion of the Federal Prosecutor 2020.
The opinion reform, add and repeal various provisions of the Income Tax Act, Value Added Tax Act, Special Tax on Production and Services Act and the Federation Tax Code, the House of Deputies.
In the reasoning, the president of the Committee on Finance and Public Credit, Patricia Terrazas Baca, emphasized that the document of the Fiscal Miscelánea is the result of the study, analysis and discussion of 71 initiatives, the basis of which was sent by the Federal Executive , on September 8.
Read: Hacienda goes for taxes on apps like Uber, Netflix, Airbnb, music and online games
Referring to Income Tax, he stressed that the proposal that women heads of households who rely on catalogue sales to remedy their family expenses should be removed, while granting the SAT a power to design a scheme simplify their payments.
It also includes changes to interest deduction procedures by extending the period to ten years and recognizing the effects of inflation.
In the same way, the possibility for ejidos and communities to carry out productive and transformation activities was incorporated.
He added that the ISR Law was adjusted to Mexico’s international commitments to combat tax-based erosion.
It sets new rules for taxing digital platform services such as Uber, Airbnb and Netflix as of June 2020, but eliminated the penalty for lack of registration in the tax system from suspension to blocking.
Read: Censorship, Privacy Violations and App Escape: The Risks of Digital Platform Tax
Likewise, the period from which they will have to comply with their new obligations is extended; ISR retention is simplified and decreases when the service user provides their RFC, opening up the possibility that in the 2020 financial year they will be able to issue simplified receipts.
With regard to the Excise Tax on Production and Services, the proposal was amended so that the updating of quotas for flavored tobacco and beverages should be based on actual and unestimated inflation.
With regard to value added tax, he mentioned that the main changes covered the provisions applicable to the digital economy.
It is proposed to eliminate advertising services and data storage as digital services, introducing assumptions to identify the location of the recipient of the service, making it easier for the information to be provided to be quarterly, rather than monthly.
It also provides for a simplified calculation of the tax, where taxable services cannot be identified, from exempted services.
It also integrates the 100 percent VAT withholding when the RFC is not provided to the platform, by the service providers or who grants the temporary use or enjoy of goods.
Find out: Treasury forecasts growth of 2.0% and the dollar at 20 pesos by 2020
With regard to sanctions in the digital economy, he specified, they can only be imposed by a general administrator of the SAT, and it is proposed to delimit when they will be subject to sanctions.
In the case of occupational outsourcing, it stated that in order not to affect workers, the withholding tax was projected to be 6% of VAT, instead of the 16 that included the initiative, because of the negative and uncertain effect on the calculation of this levy proves ble.
It is also proposed that donations received by all authorized donors be exempt from VAT.
In the Federation Tax Code, he asserted, progress was made to strengthen the tasks of state control, respecting the rights of taxpayers.
The main adequacies lie in granting legal certainty to what is colloquially referred to as the general anti-abuse clause, emphasizing the discretionary elimination of the determination of existence, clarifying the concept of economic benefit and incorporates a collegiate body for valuation.
With regard to reportable schemes, it stated that the expiry powers, uncertain schemes and the evaluation committee were eliminated. In addition, it is proposed to extend the entry into force of the submission of the reports, from 2021, instead of 2020.
Read: Budget 2020 raises resources for security and social programs; pemex, supports by 86 thousand mdp
Concerns were addressed not to affect the economy of businesses and citizens, without neglecting combat those who are found to be in breach of tax obligations.
In addition, a procedure is incorporated to remedy the cancellation of the digital stamp certificate, by means of a grace period to debunk or correct irregularities detected by the authorities before proceeding with its final cancellation.
With regard to the joint liability of shareholders, existing mitigating ties will continue and include as additional grounds that the company is in definitive list of those that issue invoices for non-existent operations or do not attest to the receipt of goods or services or corrected their tax status when digital tax receipts are greater than 7.8 million pesos in an exercise.
The opinion, adopted in the early hours of this Friday, submitted 65 reservations which are unburdened this morning.
With information from Notimex
What we do in Animal Político requires professional journalists, teamwork, dialogue with readers and something very important: independence. You can help us keep going. Be part of the team.
Subscribe to Animal Politician, receive benefits and support free journalism.#YoSoyAnimal 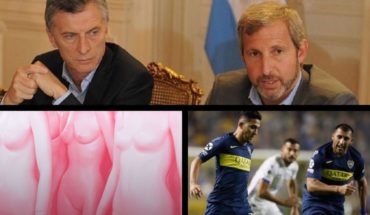 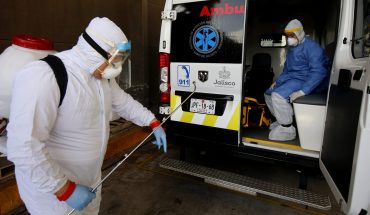