José Antonio Arreola, José Luis Jiménez and José Gerardo Talavera, members of the indigenous council and activist from Nahuatzen, in Michoacán, will remain in prison. Uruapan’s criminal trial judge, Victor Hugo Ortiz Margarito, issued a conviction for a crime of sabotage.
At the same time, it absolves them of qualified theft and vehicle theft. The final judgment will be known next week, but supporters of the Indigenous Citizens Council provide for mobilizations. Meanwhile, activists will remain on remand in the Uruapán prison, where they have been locked up since November last year.
According to León Pérez Manzanera, de Serapaz, an organization that accompanies the Community, the judge condemns them on the grounds that they impede the work of the City Council.
Read: Judge decides on Tuesday whether nahuatzen advocates were released nearly a year ago
Arreola and Jiménez are members of the Nahuatzen Indigenous Citizen Council, while Talavera supported the organization by renting the house in which they held their meetings. All three were arrested for events on 1 November 2018, when clashes broke out in Nahuatzen due to the eviction of the Town Hall.
Nahuatzen, with more than 27 thousand inhabitants according to the 2010 census, was declared an autonomous municipality in 2015. In fact, four of the ten communities that make up it, including the municipal capital, of the same name, have since been governed under customs and customs.
Neighbors argued an increase in the presence of organized crime linked to political authorities, so they decided to set up their own institutions.
On 23 June 2019, the Electoral Tribunal of the State of Michoacán decided case 021/2019 and gave the reason for supporters that Nahuatzen should be governed by the Indigenous Citizen Council.
Now, however, a judge condemns two leaders of the movement and a sympathizer for obstructing municipal work.
Before he learned the sentence, Alejandro Chávez, a lawyer for the defendants, linked the process to a dispute over financial resources. He said the cause seeks to deactivate the indigenous council to prevent management funds from coming to him, as has been the case since 2017. In turn, he censited the Party of the Democratic Revolution (PRD), so he considered an attempt to attack the indigenous council to keep the resources of the City Council.
What we do in Animal Político requires professional journalists, teamwork, dialogue with readers and something very important: independence. You can help us keep going. Be part of the team.
Subscribe to Animal Politician, receive benefits and support free journalism.#YoSoyAnimal 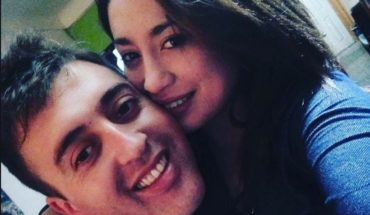