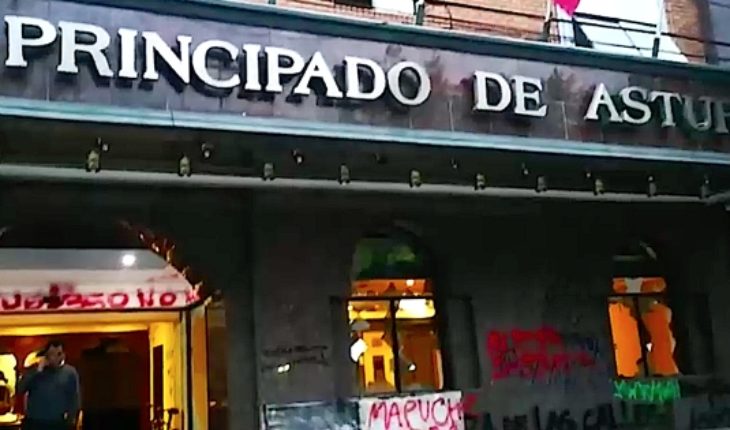 The Federation of Tourism Companies of Chile (Fedetur) reported the attacks that have been recorded in some hotels, such as the one that affected the Principality of Asturias hotel in Santiago on Tuesday, and that forced the staff of the and to tourists who were present to leave the place.
«With great pain and helplessness we are seeing the destruction of important citizen spaces in different areas of the country, which has also affected tourism companies, infrastructure and heritage that is important for this activity,» said Ricardo Margulis, president of the entity.
Margulis added that they are in constant conversations with their partners to monitor what is happening with tourism in the different regions, and to have a more detailed account of the current situation. «Our effort is now to be able to provide the greatest peace of mind for tourists, so that they are kept informed in a timely manner regarding the status of airports, roads, formalities and security measures that they must take.»
Tourist destinations throughout the country are operating normally, and in the case of foreign tourists heading to regions, they have modified their travel programs to go directly to their destinations, avoiding overnight stayiness in Santiago.
Regarding what will happen to the APEC and COP25 summits, Margulis indicated that in accordance with what has been discussed with the authorities, both summits remain, «which would be a good sign as the situation begins to normalize and there are guarantees for realization.» Also for the final of the Copa Libertadores de América there is a high level of reservations and where a good hotel occupancy is predicted.
Status of tourist activity
According to a survey conducted by Fedetur, 80.4% of respondents have received booking cancellations, of which 81.4% are short-term bookings (1 to 7 days), followed by 11.6% for bookings between 7 and 15 days and the remaining 7% are for bookings beyond d 15 days.
Of those who have received cancellations, 40% said they correspond to less than 10% of the total bookings, 20% said that between 11% and 25% of the reserves, 17.8% between 25% and 50% of the reserves, and 22.2% said that the cancellations exceed 51% of the reserves.
The markets from which the cancellations have occurred most are the United States, Brazil, Spain, France and Great Britain.
In this context, a call was made for calm to the sector, and to try to keep tourism services in operation, as far as they can, in order to make the impact on tourism as low as possible.
Concern in regions
The Gremial Association of Gastronomy and Tourism of the Lakes (Agatur A.G.) issued a public statement to the serious developments that took place both in the region and in the country
In it they stressed that their partners «adhere to the legitimate demands of most people and have expressed themselves peacefully in the city, region and country», although they «categorically reject the acts of violence and dismantled in our city by vandals who have taken advantage of these massive and legitimate manifestations, to steal, raid and destroy public and private property, in acts of high violence that generate an understandable state of shock and fear in the population.
They also point out that their partners – mostly small businessmen in the field – «have been deeply affected by the actions of criminals hidden in the marches, suffering window breaks, and damage to their premises.»
«The implementation of the curfew also affects the normality of our work, forcing us to close premises at high-end public times. To this day, the decline in sales in the days of mobilization reaches 80% compared to a normal period, which makes us see the near future with great difficulty».
Although Agatur A.G. «values the Government’s efforts to advance the search for a solution» they also call «respectfully for the authorities, also considering the country’s small businessowners with their proposals, and giving greater protection to their to replenish safety conditions in the city as soon as possible.»
They also emphasize that «Puerto Montt must soon return to normality in its life, to return to be a commune that advances in the development of Tourism, with gastronomy as a symbol and attractiveness of this destination».
We declare ourselves available to be part of this work. 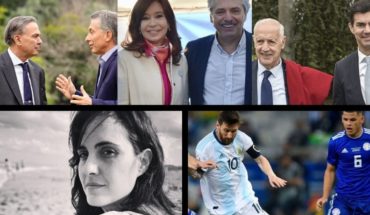 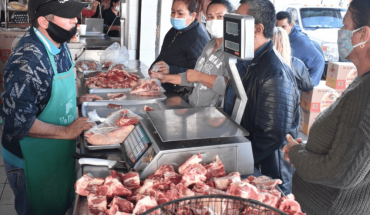 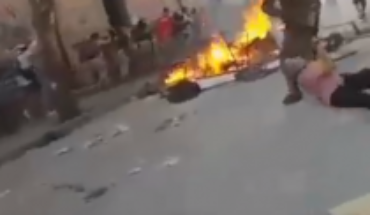