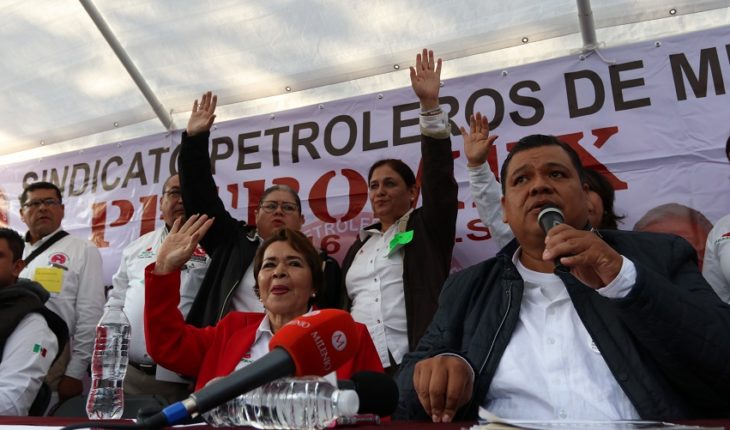 On March 26, after three years of organization, the Petroleum Union of Mexico (Petromex) obtained its official registration with the Ministry of Labor, and after closing Marina Nacional for more than five hours on Thursday they got a meeting in which they Petróleos Mexicanos (Pemex) officially recognized them as trade union representatives.
«We thank our dear President of the Republic (Andrés Manuel López Obrador) because freedom of association is already a fact. We’ve made history,» said Yolanda Morales, Petromex’s general secretary, informing his assaults.
Now, after 86 years of having only one union, oil workers will be able to decide whether to join the Petroleum Workers’ Union of the Mexican Republic (STPRM) or Petromex.
This recognition also means that Petromex will seek to have the Collective Labour Contract, that is, the document establishing the employment relationship between Pemex and the workers, and that it currently holds the Petroleum Workers’ Union of the Republic of Mexico (STPRM), led by Carlos Romero Deschamps for the past 26 years.
The pressure to achieve this began Thursday from 8 a.m. when dozens of assaults blocked a sense of Marina Nacional Avenue, in front of the corporate tower of Pemex. They sought to get a meeting with Octavio Romero, the company’s director, after trying for seven months without success.
Although at that time they were only received by Carlos Mario Jasso, from the sub-management of Labor Relations, they managed to install a negotiating table in the Secretariat of Labour in the afternoon.
At the meeting, held in the Secretariat building on Reforma Avenue, they managed to sign a minute by Pemex’s legal director, Jorge Kim Villatoro, spokesman Oscar Solórzano told the workers waiting for them at the rally outside National Navy.
The first agreement is that «recognizeus as a national oil union» with its 18 sectional secretaries in the country. They were told they hadn’t done so before because they «had no knowledge of our notenote,» but now «they’re clear and even pointed out to us the mechanism of employer labor quotas,» the spokesman said.
They also agreed to another meeting for November 8, where Pemex and the new union will propose a format for affiliations. «We will present a document not to make the viacrucis of affiliations, but to prepare a single document on the proposal of both parties where it is challenged (from the STPRM) and affiliated (to Petromex) and that Petromex is recognized as a manager».
While by November 25 they will deliver a first list of workers’ records that have been harassed by STPRM officials. «The cases of those who have been pre-retired, rescinded, or have not been promoted will be reviewed,» due to being part of the new union,» Solórzano told them.
In the afternoon, Petromex’s leadership said that it only requested compliance with the freedom of association contained in International Labour Organization Conventions 98 and 135 and therefore demanded recognition as a trade union by the international labour authorities government: the Secretariat of Labour and Pemex of the current administration.
«We are strong defenders of the Fourth Transformation and we want to tell the President that someone is cheating on him and it is not us, we are not asking for a single weight of the budget as Romero Deschamps has done, we are asking for freedom to be fulfilled union,» said Oscar Solórzano before the meeting at the Labour Secretariat.
STPRM’s job harassment
They claim that in their attempt to form another trade union organization they have been harassed by pemex officials and members of the Petroleum Workers’ Union of the Mexican Republic (STPRM), an organization that has maintained control of the conditions of work for the past 86 years.
Laura González López is an employee of the Central Norte Hospital de Pemex in the area of clinical analysis, but in the last half year harassment has increased. First they denied him leave to miss, despite being a right as part of his benefits, and even delayed the signing of his superiors to process his vacation or «even send us people to keep an eye on us».
For months she joined Petromex and now occupies the portfolio of the Secretariat of Women, but this time she even received a notification of her «pre-retirement», even though she did not process it. «From October 11id I was pre-retired because I belonged to Petromex, and It still wasn’t my turn.»
That is why, he says in an interview, he went to the Federal Office of the Defense of Labor (Profedet) to demand this irregularity. After a first suemon, there was already a conciliation with the legal of Pemex and next Monday they will have an answer for me. «What they want is to get us out of the way,» she says, but she will continue in the new union.
While in Naranjos, Veracruz, Francisco Javier González, works as a chauffeur and assistant, but every time he becomes inconformed by some order in which he disagrees he suffers the consequences such as not giving him work assignments.
Among the things he disagrees with is «going to paint the houses of officials, or some ask for money. They put them to work, but they have to pay a certain fee and that shouldn’t be done,» he says. Even «workers who didn’t vote for the PRI, were frozen.»
The extreme case, says Petromex spokesman, Oscar Solórzano, is that the youngest son of Alberto Argueta, leader of the Naranjos delegation, Veracruz, was kidnapped. According to trade unionists, it is an act in response that this area is the «most affiliated and taken from Romero Deschamps».
Another is Rogelio Valdemar, a member of the National Commission of Honor and Justice, who was terminated as a contract. But there are also cases of workers who are denied promotions, permits, or threatento investigate them, says spokesman Solórzano.
What we do in Animal Político requires professional journalists, teamwork, dialogue with readers and something very important: independence. You can help us keep going. Be part of the team.
Subscribe to Animal Politician, receive benefits and support free journalism.#YoSoyAnimal 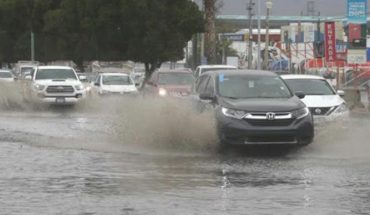 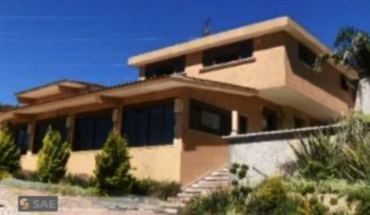