From: Padre José Luis Barragán
With the resignation of Medina Mora, the SCJN will have a block of 3 judges appointed by a Senate in which there are no real opposition leadership. This designation shall be made, from an tern sent by a socially conservative president. A bloc of 3 ministers will thus be constituted and will be the protagonists of a profound transformation of the Court’s delicate internal balances.
A block of three votes in a divided Court can either reinforce the guarantee character of the SCJN, or send it to a past, pre- Zedillo, that no one wants to remember
The following two paragraphs were written in October 2015 in another opinion column. These paragraphs were drafted concerning the appointment of 3 ministers to the SCJN three years ago and, the president to whom I refer is EPN. If I put today’s date on it, October 2019, apparently nothing has changed, but in reality everything has changed:
«Let’s consider the facts. Because SCJN Ministers serve for a period of 15 years (Art. 94 Const.), which means that they are at least in office for three presidential terms; not forgetting that they can create jurisprudence whose impact on our daily lives is real; determine the constitutionality or non-constitutionality of laws and decrees emanating from the other two powers to the point of being able to stop or force a change in public policies; settle disputes that arise «by reason of jurisdiction, between the federation courts, between them and those of the states or the federal district, between those of one state and those of another, or between those of one state and those of the federal district» (art.106 Const.); review the decisions of the Council of the Magistracy on the «appointment, affiliation and removal of judges and judges» (art. 100 Const.); that it is empowered to practice «of its own motion the investigation of any fact or facts that constitute the violation of the public vote» (Art.97 Const.), etc., etc. then, it will not be an exaggeration to say that the President’s decision on the profiles that will integrate the alternatives to refer to the Senate for the appointment of two new Ministers in November, will be the momentous decision that will mark the six-year, the historical legacy of this Presidency that will determine the course of our lives and the nation in the coming decades.»
Clearly, no Supreme Court (or Constitutional Court) is made up of a uniform collective. There are always «factions» that reflect the subtle (or not so subtle) balances between law and policy present at the time of the process of their selection and designation.
Judges appointed by conservative (statist) presidents tend to vote conservatively and those appointed by liberal presidents vote the other way, opting for guarantor positions. The battles of ratification, operated within the legislative branch, only confirm a growing «politicization» of a judiciary that should (and often has been) the guarantor of a necessary, complex and difficult balance of democracies Modern.
This is what’s going to happen in the weeks to come. So far all «normal».
However, in the process of appointing the Ministers of our SCJN there are legislative gaps that make this delicate balance between law and politics tends, always, for the field of «politicization» without clutter.
This, because our Political Constitution, in Article 95, Chapter IV says nothing about judicial qualifications. Restrictions concerning residence and prior work clauses in the political and public administration fields are meticulously described, but it does not give any advice on assessing legal-doctrinal capabilities or judicial experience non-affirmation that the names of the SCJN Minister’s tender must show «capacity and probity in the delivery of justice or that they have been distinguished by their honorability, competence and professional background in the exercise of the activity legal law.»
As a result, selections are governed primarily by tradition and politics. That is, as happened with EPN in 2015, the same is true of AMLO so far from December 2018 until the present moment.  The true legacy of this six-year period (as it was from the previous one) will not be the reforms, yes the determination of the composition of the Supreme Court of Justice of the Nation for the next 15 years..
Filling vacancies at the SCJN of Justice is therefore a process in which political views take precedence over legal approaches, and that the ultimate outcome will depend on the political landscape at the time of their appointment. A president whose party holds a majority in the Senate or who can negotiate a majority for the appointment of a certain profile will likely make very different choices than a weak president in front of a Senate in which the opposition holds a majority. And, herein lies the great risk: will the guaranteeing character of the Court be strengthened or will the 4T be shielded?
The opinions expressed in the columns are the sole responsibility of those who subscribe to them and do not necessarily represent the thought or editorial line of Monitor Expresso 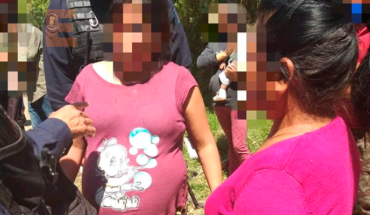 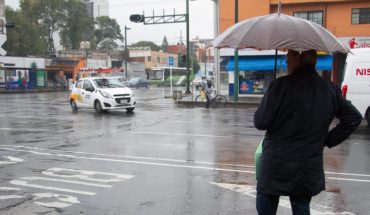 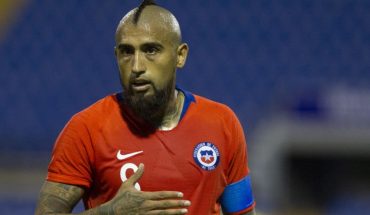