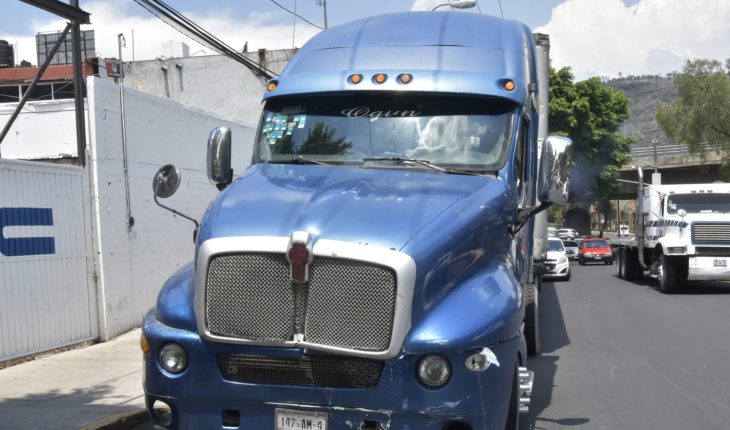 In the mayor’s office Benito Juárez in Mexico City increased the theft of carriers with violence 300% between January and September 2019 compared to the same period of 2018, according to complaints made to the Public Prosecutor’s Office, registered by the National System of Public Security (SNSP) and analyzed by GLAC Consulting.

In late September, the President of the Business Coordinating Council (CCE), José Ignacio Alarcón Rodríguez, reported that theft of cargo transport on the roads increased throughout the country during 2019, which has led to losses in the commercial sector. He also reported that this crime is being carried out with greater violence.
Regarding the theft of a house with violence, it increased 67% in the Benito Juarez demarcation between 2018 and 2019 while the total crimes, known as total crime incidence, decreased 2% during the same period.
In 2019, mayor Venustiano Carranza topped the ranking of robbery with violence of the 16 demarcations that make up Mexico City. It was followed by Azcapotzalco, Cuauhtémoc, Gustavo A. Madero and Iztapalapa.

Last year, Azcapotzalco was the mayor’s office that recorded the most robberies of carriers with violence followed by Iztacalco, Gustavo A. Madero, Iztapalapa and Venustiano Carranza.
The mayor’s Office Benito Juárez has abundant communication routes that connect it with the Miguel Hidalgo, Cuauhtémoc, Alvaro Obregón, Coyoacán, Iztacalco and Iztapalapa demarcations and through which cargo transports transit.
Read: Kidnapping, vehicle theft and rape at Xochimilco mayor’s in 2019
In 2019, Mayor Benito Juárez ranked 9th in the robbery with violence rankings. In 2018 he placed 12th in the ranking of this crime among the 16 demarcations. The increase in the number of reported cases between 2018 and 2019 resulted in a change in its ranking.
In 2018 and 2019 there were no reports of robbery of carriers with violence in Milpa Alta.
In 2019, Miguel Hidalgo was the mayor’s office in which the most reported theft of the house with violence, followed by Azcapotzalco, Alvaro Obregón, Benito Juárez and Magdalena Contreras. Milpa Alta recorded the fewer cases.

The mayor’s office Benito Juárez has an area of 26.63 km2 and a population of 416 thousand 417 inhabitants according to 2015 data from the National Institute of Geography and Statistics (INEGI). The demarcation concentrates shops, the headquarters of several companies and the World Trade Center (WTC) of Mexico City, cultural and convention center.
According to the latest report of the United Nations Development Programme, Mayor Benito Juarez obtained the highest Human Development Index (HDI) in Mexico. The HDI is an international measurement that measures the achievements of a country, entity or municipality in terms of health, education and income.
In the case of Mayor Benito Juárez, its IDH is superior to that of mayor Miguel Hidalgo in Mexico City and the Municipality of San Pedro Garza García in Nuevo León. Its high income and living standards make it prone to personal heritage crimes such as theft.
Find out: Increase narco-shyding in the CDMX: reports are duplicated in Magdalena Contreras, Iztacalco and Tlalpan mayors
In early September it was widespread that four Colombians, alleged members of a gang of house thieves, were arrested in the Colony of the Valley by agents of the Investigation Police (PDI) of the Attorney General’s Office when they tried to break into a home.
In 2018, Tlalpan recorded the most cases for burglary of the room with violence, followed by Cuajimalpa de Morelos, Miguel Hidalgo, Azcapotalco and Benito Juárez. In Iztacalco it was where fewer allegations of this crime were filed. However, between 2018 and 2019 he recorded an uptick of 340%, which caused the ranking to change from 16 to 10.
As for the criminal incidence in Mayor Benito Juárez, the total crimes increased steadily between 2011 and 2018. However, so far in 2018 there was a decrease in the number of reported crimes compared to the total 2018 complaints.

Regarding the theft of house room with violence, descended from 2012 to 2014. Between 2017 and 2018 it showed an increase and so far in 2019, the number of cumulative cases exceeded the total of 2018.
Violent carrier theft fell between 2011 and 2016. Starting in 2016, it began to increase steadily. The total reported cases of this crime so far in 2019 exceed the total number of complaints in 2018.
In 2019 the Mayor Cuauhtémoc topped the ranking of total crimes, while Milpa Alta recorded the lowest total crime incidence.

Mayor Benito Juárez ranked as the second with the most crimes in 2018 and 2019 despite the fact that between January and September 2019 its criminal incidence dropped 2% compared to the same period of the previous year, going from a rate of 4 thousand 511 crimes per 100 thousand inhabitants to 4% 429 thy/year.
In addition to robbery of carriers with violence and theft at home room with violence, the crimes that increased the most between 2018 and 2019 in this demarcation were: extortion (47%) rape (37%). The percentage of intentional homicides recorded no variation between the two periods.
In early September, news of the murder in the Colony of the Valley of Aaron Bosques Montes, pastor of the Gypsy Christian Church, was spread, who had refused to pay an extortion of 500 thousand pesos per month for «floor right» to officiate Mass on Sundays.
As for the crime of rape, in mid-August it was reported that colonia Narvarte is next to Santa Fe, Condesa, Roma and Polanco one of the main areas in which taxi drivers appointed for sexual offences choose their victims. 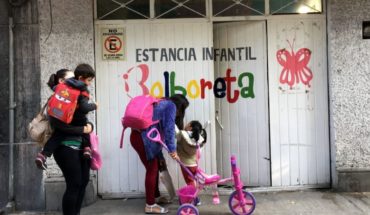 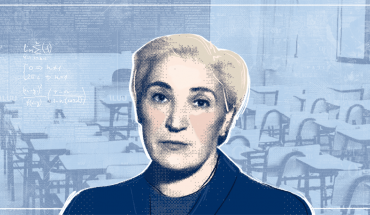 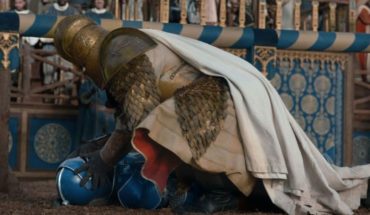