The Nobel Peace Prize Rigoberta Menchú on Sunday expressed concern about allegations of human rights violations by state agents during the Chile protests. This after meeting in Santiago with the National Institute of Human Rights (INDH).
«The concern is global about Chile for everything that has happened. We are concerned about the orientation of carabinieri (police) in relation to the demonstrations because they have been injured, missing, children… even the possibility of sexual abuse of women, repudiable and condemnable methods around the world,» Menchú told the press.
The Guatemalan Nobel Peace Prize laureate of 1992 said she came to Chile to show solidarity with the victims and also to exercise her «responsibility to observe the non-violation of human rights and observe the attitude of the authorities».
«We want to know which authorities are directly involved in using repression,» said who was also awarded the Prince of Asturias Award for International Cooperation in 1998.
Menchú said that «a paradigm has fallen on Chile» as a «really brutal situation» was presented in a country that «was supposed to be the most advanced in the region in both technology and sustainable economic policies.»
And he pointed to the responsibility of the state because «only the state can do repression» and called for the arrest of the command of the security and military forces to see what orders they have given when controlling the demonstrations.
«There are victims of state officials here, and the state is responsible for compensating the victims, giving them justice and having those responsible for these violations arrested,» Menchú said.
In that regard, he expressed his wish that the Public Prosecutor’s Office «do its job in investigating and finding those responsible» and «properly punishing them,» Menchú said.
At the end of Menchú he pointed his darts at the work of Carabineros and came out in defense of the Mapuche people.
«There are victims who lost an eye or part of their lives. I can’t expect Carabineros to act like children playing with water guns on the streets. That implies that they have authorities, so the state is responsible,» he said.
DENUNCIAS, INJURY, DELATE
The Public Prosecutor’s Office has so far opened 840 criminal investigations across the country for allegations of institutional violence, which involve an equal number of victims, in the context of the dismantances that have occurred in Chile since the start of a social outburst that demands reforms to the Government for greater equality.
Among these cases, the Public Prosecutor’s Office investigates 23 deaths in the context of the state of emergency, which it ruled over the past week in much of the country and which gave the military the responsibility of maintaining public order, for which they resorted to curfews every night.
This number of deaths contrasts with the number of deaths that the Government has reported so far officially and for which a total of 20 people have lost their lives in the context of the social protests in the country.
For its part, the INDH has so far taken 179 legal actions, including 5 for killings allegedly committed by state agents to suppress protests.
For the actions of law enforcement and the Army, since the beginning of the protests, THE INDH has filed 18 claims for sexual violence (nudes, threats, touching and two rapes), and 132 for «other tortures».
This body also counts so far that there have been 4,316 detainees and that 1,574 people are hospitalized by injuries, including 40 by gunshots, 473 by pellet fire, 305 by unidentified firearm, and 30 by Balinese.
FIGURES MAY BE HIGHER
The INDH points out that there are care centres where it has not been able to gather information and that, taking into account also the injured who do not go to medical facilities, the number of injured persons could be double, as expressed, for example, by the College of Medical Care Country.
For its part, the Red Cross has said that the inDH’s casualty balance «fell short» and that the figure exceeds 2,500 people to date. Efe 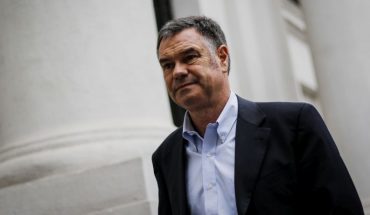 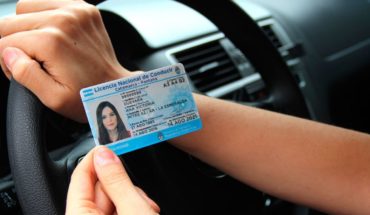