Sinaloa.-The federal government will learn of the error in the operation of October 17, but they will also learn the criminal groups. The security structure, strategy and responses will not be the same after the wave of violence generated in Culiacán amid the capture of Ovidio Guzmán Loera, son of Joaquín «Chapo» Guzmán, both linked to drug trafficking. In an interview for EL DEBATE, gerardo Rodríguez Sánchez Lara, researcher and national security expert, explained that the violent response of the Sinaloa Cartel, both from the group of «chapitos», and of the Group of Mayo Zambada, shows the the Mexican government needs to change its conventional doctrine to one that includes much stronger vocational training in land operations, with a vision of counterinsurgency, «practically urban guerrilla warfare,» he stressed.

Authority challenges
The fellow full-time professor in the Department of International Relations and Political Science at the University of the Americas Puebla indicated that it would not be the first time a change of doctrines in security forces has passed, and exemplified with Iraq: «When I went Bad intervention in Iraq, Commander David Petraeus decided to change U.S. military doctrine and began to perform very well in Baghdad and other cities in Afghanistan.» However, he considered that the Mexican Army, federal forces and the National Guard are in the worst of the worlds, because they have the Prosecutor’s Office, the judges, the National Human Rights Commission and civil society organizations on them. , because they have to comply with due process. «What Mexican law enforcement needs is to operate much more neatly to exert the strength and intelligence they have,» he said. On the report of the operative in Culiacán that was made public on Wednesday, October 29, Gerardo Rodríguez Sánchez Lara indicated that, at the outset, it is positive that the Government itself acknowledged that there were problems. The first, he said, was that they did not have the search warrant on hand, which further shows that public, federal and judges are being very «fussy» on this issue, and it is something that needs to be corrected, he said. Doubts in the operation
Although he called a federal operation such detailed, he asserted that doubts remain remain. While he explained that it was revealed that the Army had more than thirty elements deployed for the operation, that there was a second circle that unfortunately did not work and that they did not reach their posts and that there was air force, believed that it was necessary to clarify about the meetings of the Security Cabinet that were taken or why it took the Prosecution’s so long to deliver the search warrant: «I think those are the gaps that we still have and that we probably know them later.» When questioned about the disclosure of the existence of the Drug Trafficking Information Analysis Group (GAIN), which carried out last Thursday, October 17, the expert noted that this was a positive decision made by the Secretary of Security, Luis Cresencio Sandoval: «It is a highly professional group and, indeed, it is a group that is managed with great independence and secrecy. Good thing it’s known, just as the Navy has its Special Operations Group and has the Naval Intelligence Unit. I’m glad it’s made known that the Army has a unit that performs operational intelligence,’ he said.

According to the revealed report, it is noted that the Drug Trafficking Information Analysis Group (GAIN), since its creation in 1995, has captured 663 members of the drug, 18 relevant; in Peña Nieto’s six-year years he scored 326 stopovers, in Calderón 262, and in the current 46. ‘It’s one of their first setbacks, so surely this is what they’ll learn from.’ The profile
Name: Gerardo Rodríguez SánchezTrayectoria: full-time professor in the Department of International Relations and Political Science of the University of the Americas Puebla and academic coordinator of the Center for The Study of Impunity and Justice of the same Institution. He has lectured at the Woodrow Wilson Center in Washington DC, the William J. Perry Center for Hemispheric Studies at National Defense University in the United States, Austrian National Defense University, among others. Member of the Security Analysis Collective with Democracy AC. Member of the Section on Defense, Public Security and Democracy of the Latin American Studies Association. 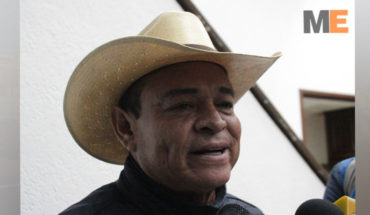 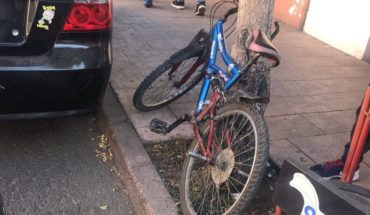 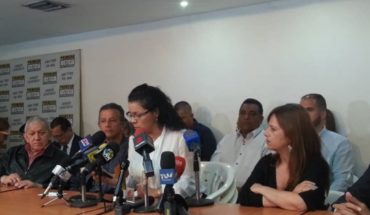