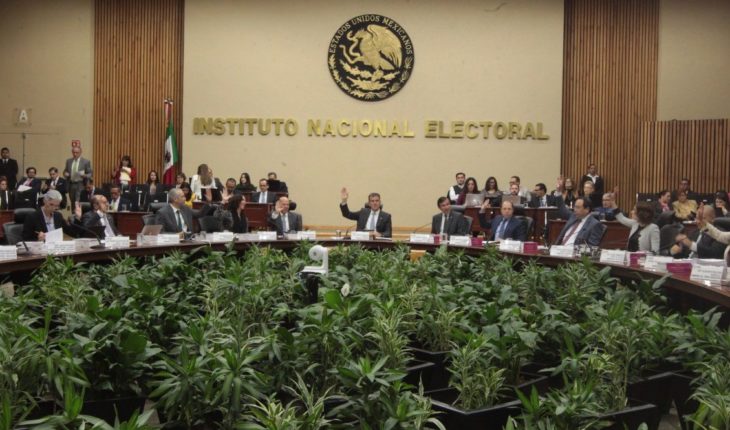 Election councillors and representatives of political parties such as the PAN, PRI and PRD called on the Chamber of Deputies not to cut the budget or infringe the autonomy of the National Electoral Institute (INE).
During the regular session of the NSO General Council on Wednesday, election counselor Ciro Murayama called for respect for the autonomy, functions and capacity of the Institute to organize free elections.
Murayama noted that the INE in 2020-2021 should be in a position to organize elections where the government has no interference or undue advantages.
In the meantime, The Councillor Enrique Andrade stressed that while the budget is not synonymous with autonomy, it does allow to respond to its powers to guarantee democracy, so it would not be good to reduce it.
«Decreasing the budget of the INE without giving reasons and without valuing these guarantees of autonomy and independence in that constitutional dimension, as is our model, means precisely that there is a submission by the way of the facts, by the way of money,» said Counsellor Claudia Zavala.
For his part, the Presiding Councillor, Lorenzo Córdova, emphasized that there are times of verbal and ideological polarization, so it is time to remember that Mexico is integrated with majorities and minorities that favor democracy.
«We are jealous of our autonomy, we have been building it decision after decision, you know, a lot of the decisions do not like, but that focuses our autonomy,» he said.
Counsellor Pamela San Martín noted that the construction of autonomous organs was born of a basic aspiration that is to operate outside the power in turn.
Opposition defends budget
During the general affairs point, the PRD’s representative to the General Council of the INE, Camerino Eleazar Márquez, lamented that the Legislative Power has so far been unable to approve the Federation’s 2020 Egres Budget and added that «any alteration to democratic rules is an authoritarian regression».
The representative of the PRI, Gerardo Triana, regretted that there was an intention to reduce the inEAs budget, which «from our point of view would be causing a serious obvious impact on this institute and thus to the Mexican electoral system, consequently to those of us who are part of it».
Víctor Hugo Sondón, representative of the PAN, stated that the reduction of the budget to the INE would also intend that Lorenzo Córdova left his post, «you know they come for you (…) you get in their way because they can’t control you, because you represent autonomy that they also find uncomfortable.»
The representative of Movimiento Ciudadano, Juan Miguel Castro Rendón, asked to close ranks and reflect so as not to minimize the task of the election management authority or to seek problems in its development.
«On the contrary, it is a question of strengthening it without without without ising that in this tenor we also consider a true transformation of the institute necessary.»
In contrast, the representatives of the PT, Silvano Garay and Santiago González, denied that there is any threat to mine the Institute, on the contrary they noted that the NSO will be strengthened in its tasks. «All of this is being talked about here is rumors,» Gonzalez said.
While Morena’s representative, Alejandro Viedma, he stressed that the budget will be approved by December 31 and stressed that autonomy is not synonymous with a budget or a blank check.
«I agree with Minister Arturo Zaldívar that the autonomy of these kinds of institutions is demonstrated by the judgments, with their resolutions, with their decisions, that is where their true autonomy and true independence are demonstrated,» he concluded.
With information from Notimex.
What we do in Animal Político requires professional journalists, teamwork, dialogue with readers and something very important: independence. You can help us keep going. Be part of the team.
Subscribe to Animal Politician, receive benefits and support free journalism.#YoSoyAnimal 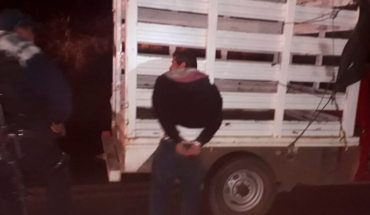 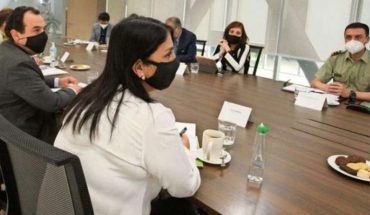