Monterrey.- As the night of their dreams the girls of Rayadas de Monterrey became champions of the Liga MX Femenil by defeating their staunch rival Tigres and taking revenge for the finals lost to the feline. Being the best team from start to finish, Rayadas lifted the 2019 Apertura title, winning the first in its history and stadium. The match despite being dominated by the visit, as is customary, Tigers generated more danger in the face of the local bow but they could never make it stand on the scoreboard. From very early on Tigres began to generate danger, at 17′ Lizbeth Ovalle commanded center that topped Katty Martinez but her ball did not reach a good destination. Despite being overcome they never lowered their arms and the Rayadas got the goal of takeoff within 32′ minutes of the encounter to the astonishment of the feline swings that with an error in the lower area, Diana Evangelista shot cross-side and sent to the bottom of the bow.
For the second half Tigers came out with more offensive attack and only minute after starting the second half Lizbeth Ovalle topped and on the line Lozoya saved the goal from the match. Rayadas lost the attack again and was put into her own field to withstand the attacks of the felines who at all costs wanted to draw. The last minute shrieked, Tigers on top and a few scratches with the rosary in hand to not allow the goal. The final whistle came and Rayadas were proclaimed champions with a score of 1-0 (Global 2-1). He also took the title of goalwork with the 17 goals of Desireé Monsiváis and being the team with the most scores in the entire tournament with 52. 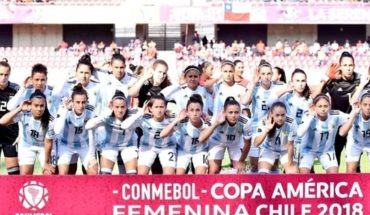