Morelia, Michoacán.- This Thursday the elements of the Public Order Restoration Unit (UROP) were manifested in their base located in this capital, this to say of them for the lack and reduction of the compensation called among the troop «Banbajío», which they receive for the degree of productivity and responsibility in their work. Against this background, the head of the Secretariat of Public Security (SSP), Israel Patrón Reyes, responded on the protest.
The Secretary of Public Security commented to the press: «On the morning of today (Thursday) it was learned that staff attached to the UROP were demonstrating that they had not received the monthly compensation they receive as an extraordinary bonus to their efficiency and the productivity they make (popularly called «Banbajío»), however, has just concluded a meeting with them to make them aware that the Secretary did not make any changes to the compensation or cancellation of the Same.
«I understand that by provisions of the Ministry of Finance some cashed in check, took the check and issued them a card to make it through the card where they charge this compensation, we are talking that monthly a scattering of this compensation between approximately 4 thousand 700 elements, not all have that benefit and this is important to be clear on staff: that this compensation is an extraordinary bonus to their salary and that it obeys a code of ethics, conduct, productivity and efficiency that they must understand.»
Similarly, Patrón Reyes detailed that the aforementioned compensation varies in the amount and this is based on the degree of responsibility that each officer has. At the same time he explained that new agents do not enjoy this bonus.
«Today in the SSP we have about 5 thousand 700 elements, recently graduated 228 and another three months ago another 200. Today we have more than a thousand elements that do not receive this compensation. The resource remains the same and there is no recourse to pay a thousand more items, if someone who receives it does not receive it must be for some mistake and we are willing to corroborate it and fix it.
«To be creditors to this bonus the policemen must have a level of responsibility, for example, the element of the common troop is given 5 thousand pesos, the unit leader is given 6 thousand pesos, the section chief who has 32 elements under his command receives 7 thousand pesos , the head of barracks has a higher amount and then there is a regional chief who also has another higher amount, this varies in regard to the responsibility that each one has. There are those who demand that their amount be increased, but to those of command officers who are the ones who have a higher level of responsibility,» he stressed.
In the end, the urop agents’ demonstration concluded and they continued their daily work, as they had made a work stoppage, but after all this did not happen. 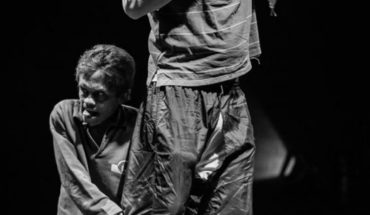 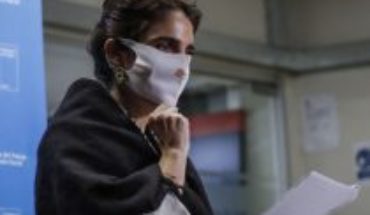 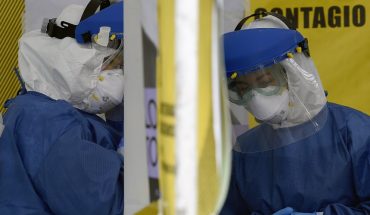