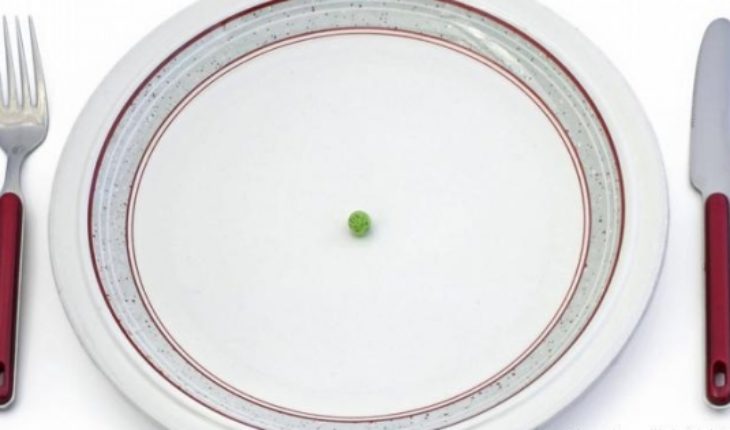 Intermittent fasting seems to be the new ideology in terms of nutrition. Everyone claims to practice it: celebrities, my boss, a friend of a friend… Oh, and so is my mother. They all eat only at certain times of the day. Jack Dorsey, CEO of Twitter, has taken the idea to the extreme: he eats only once a day. He does not eat or eat at noon, his only solid intake takes place between 18:30 and 20:30. His example is extreme (and not recommended), but otherwise everything runs perfectly for the business of intermittent fasting.
There are countless books that promise that intermittent fasting helps recharge and optimizes weight. In addition, they ensure that it activates cells and extends life. There are numerous mobile apps to document weight changes. Intermittent fasting is part of a burgeoning global nutrition industry. However, temporary fasting has existed for thousands of years. It was originally done for religious or spiritual reasons, because of the purifying effect of fasting. In today’s times, it is more of a matter of weight.
What is intermittent fasting and what is it good for?
Basically, it consists of restricting caloric intake some day of the week or at certain times of the day. There are several methods. One of the most common is the 5:2 diet, which involves eating as usual during the five working days and limiting your calorie intake over the weekend to a maximum of 500 calories. According to science journalist Michael Mosley, this diet cured his type 2 diabetes.
Other methods restrict caloric intake to certain blocks of the day, without eating anything in the remaining 12 or 18 hours. One of the most extreme versions is the “warrior’s diet”, which involves fasting 20 hours a day and stuffing the remaining four. But no doctor would recommend this model of feeding.

A recent study endorses its benefits
The basic idea behind intermittent fasting is to give the body enough time to lower the level of insulin it produces. In this way, fat cells are forced to release their own sugar reserves to produce energy. There are a number of studies that show the advantages of intermittent fasting. Experiments with mice and rats have shown that fasting produces weight loss and lowers the tension and cholesterol of the animals studied. But human studies are still rare, because it is difficult to subject them to rigid feeding rules.
However, a recent study on the subject, published in the journal Cell Metabolism, found that daily food restriction was beneficial to the health of people who are overweight, high cholesterol, high sugar levels and high blood pressure. Study participants did not change their diet, only limited it to certain times of the day, and lost 3 percent body fat and 4 percent abdominal fat. This means that it is advisable a feeding rhythm in which it is only eaten between 8:00 and 18:00 hours of the day and fasts the remaining time, that is, 14 hours, until 8:00 hs. the next day, although the study was only conducted with 19 participants for 3 months.

Intermittent fasting or conventional diet?
Such studies “are simply too small and too short,” says Dr. Tilman Kohn of the German Cancer Research Centre. “In addition, this study lacks something wholly decisive: the comparison with a conventional calorie reduction diet,” says Kohn.
Satchidananda Panda, a professor at the Salk Institute for Biological Studies and co-author of the study, also stresses that “more research is needed” to determine whether intermittent fasting actually helps reverse problems caused by unhealthy eating. But he adds that, as part of the study, they have found that people “sleep better and wake up more rested,” when they follow a 10:14 diet.
Other studies have shown that intermittent fasting is no more effective than a low calorie diet to reduce weight or improve insulin level. But Panda defends the 10:14 model, simply because it is easier to follow than other models of intermittent fasting or a conventional calorie reduction diet. “Even if both methods lead to the same results, why would people prefer something harder to carry out?” he asks.