José Eduardo Derbez confessed to his father Eugenio Derbez to have a physical imperfection. In a video posted on the Instagram account of the Derbez family reality show, the young actor tells his parent: «I wanted to tell you that I’ve realized lately that I have my right side of the body bigger than my left , but serious.» José Eduardo Derbez stated that many people do have a greater side than the other, «up to one arm, one eye, bubi, everything; for example, my teeth on the right side are much larger than those on the left side, which are small, when I put on glasses I get sucked.»

The film producer also joked with his son, telling him that the right side of Jose Eduardo’s face resembled his mother Victoria Ruffo and left to the Derbez family.
Mom’s on the right side, I’m on the left side, and that’s where she inherited it, inherited it from there, not here.

What will actress Victoria Ruffo think of her ex-partner romantic statements? As many will know, the relationship between the two is not entirely good. 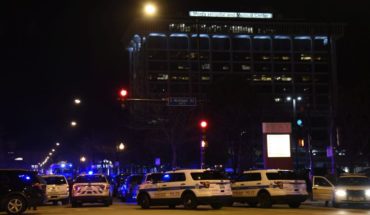