At least one person has been killed and five others injured by the shooting that took place on Thursday, alongside the headquarters of the Federal Security Service (FSB), as reported by the institution itself, which investigates the circumstances of this incident. The FSB has reported in a statement that a man has opened fire on Bolshaya Lubyanka Street. «The offender has been neutralized,» the official note, collected by the Sputnik news agency, said a witness quoted by the Reuters agency explained that «the shooting began at around 5.40pm (local time). «I saw a traffic agent running down the street, hiding behind cars,» he said, alluding to a situation of chaos that has also captured numerous videos broadcast on social media. In addition, the FSB has assured that «the attacker was alone and there was no break-in into the Federal Security Service building.» The Ministry of Health and FSB itself have confirmed that an employee of the Federal Security Service has died, while five others have been injured, although they have not specified whether they are also FSB workers. The Muscovite branch of the Russian Investigative Committee has announced the opening of a criminal investigation into an alleged crime with the status of an attack on the lives of security agents. At the time of the shooting, Russian President Vladimir Putin was speaking at an event aimed at highlighting the work of the security forces. A source close to the FSB has revealed to Reuters that the institution suspects that the event could have been planned to coincide with this act. Kremlin spokesman Dimitri Peskov has told Russian news agency Itar-Tass that Putin has been «informed» of what happened in the vicinity of the FSB headquarters. 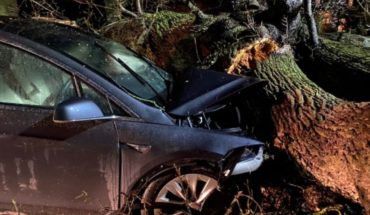