The Attorney General’s Office reported the arrest of three people allegedly involved in the murder of nine members of the LeBarón family last November, bringing seven detainees to justice for this fact.
The apprehended subjects, identified as Fidel “V”, Juan Carlos “V” and Javier “C”, would be linked to the criminal group La Línea operating in the municipality of Janos, Chihuahua.
Among the detainees is the name of Fidel “V” who was director of Public Safety of Janos.
In a statement, the FGR detailed that all three perpetrators face organised crime charges in order to commit crimes against health, as well as the crimes that result from the multi-homicide.
Read: Lebarón family could have been confused by criminal groups: this is the timeline of the attack
After their arrest, they were given informal pre-trial detention and the corresponding hearing was held, in which the Control Judge issued an order of attachment to proceedings against him and granted four months for the further investigation.
According to the FGR, in addition to these three detainees, four other detainees are under the precautionary measure of entrenchage and whose legal status will be determined in the near future.
On November 9, nine relatives of activist Julián LeBarón were killed (three adult and six underage women) while traveling between the boundaries of Chihuahua and Sonora.
On 1 December, the FGR reported the arrest of “several individuals” involved in the multihomicide.
Find out: AMLO rejects Trump’s “war” proposal to drug trafficking cartels
Among the detainees were two brothers identified as Manuel “N” and Mario “N”, the latter noted as alleged head of the criminal group La Línea.
However, days later, Estefanía Hernández, Manuel’s daughter, said that neither her father if her uncle were involved in multihomicide and that they were only “scapegoats”.
In an interview for the newspaper Reforma, Estefanía said that one of his aunts – sister of the detainees – spoke to them at the facilities of the Attorney General of the Republic (FGR) in Nuevo Casas Grandes, Chihuahua, and told him that they were being pressured to testify were members of the criminal group.
According to Estefanía his uncle Mario is a rancher, he has cows and a piece of land, while his father operates a veterinarian.
What we do in Animal Político requires professional journalists, teamwork, dialogue with readers and something very important: independence. You can help us keep going. Be part of the team.
Subscribe to Animal Politician, receive benefits and support free journalism.#YoSoyAnimal 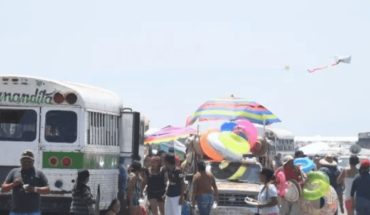