Mexico.- The Supreme Court of Mexico welcomed its new minister, Ana Margarita Ríos-Farjat, in a ceremony that was a milestone since for the first time since the constitutional reform of 1995, which reduced from 26 to 11 the number of members of the highest court, there will be three women. In addition to Ríos-Farjat, the other two women present at the Supreme Court of Justice of the Nation (SCJN) are Yasmín Esquivel Mossa and Norma Lucía Piña Hernández.

The Presiding Minister of the SCJN and the Council of the Federal Judiciary, Arturo Zaldívar, celebrated the largest female presence in the judiciary on the way to a “longed”.” There are three women in this court and this is a significant step in the long-awaited gender parity in all the organs of the Mexican State, but also because it is an intelligent, prepared, studied jurist,” he said at the solemn welcome session. Esquivel Mossa also congratulated himself on having another woman as his partner, although he recalled that there is still a lot of work to be done on gender equality.
“Inequality between men and women remains remarkable. We’re changing, yes, but very slowly. Gender stereotypes at work, at home and in society continue to be a major obstacle to equality,” he stressed. Ríos-Farjat, a specialist in tax law, was appointed in early December by the Senate of Mexico to take up her new post, after obtaining in a controversial decision the constitutional majority of two-thirds of the vote. The new minister was before he was in charge of the SCJN head of the Tax Administration Service, an organ under the Mexican president, Andrés Manuel López Obrador, responsible for collecting taxes to finance the national economy and federal social programs.

The jurist replaced Eduardo Medina Mora, who resigned last October amid information linking him to corruption, and will hold the position of Minister of the SCJN for 15 years, from 2019 to 2034.Ríos-Farjat is a lawyer for the Faculty of Law and Social Sciences of the Autonomous University of Nuevo León (UANL).

I am very grateful for this welcome to the @SCJN, Minister-President @ArturoZaldivarL, as well as for his concepts about me, which are reciprocal. I’d be happy to work with you and the rest of the fellow ministers. https://t.co/PTYSpt6p41 — Margarita Ríos-Farjat (@MargRiosFarjat)
December 6, 2019

She holds a master’s degree in Tax Law and was a professor at the Monterrey Free School of Law and coordinator of a professorship at the Metropolitan University of Monterrey.She is also a phD in Public Policy from the Monterrey Technological School of Government, as well as being a poetry writer. 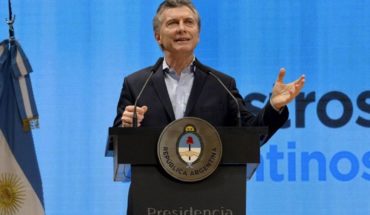