NORTH LAS VEGAS, Nevada, USA (AP) — One of Nevada’s most notorious convicts, and known as a «black widow,» she said Friday after she was released that she did not kill her wealthy husband 25 years ago in Las Vegas and that she plans to use the proceeds by selling her story to offer a reward in exchange for clues as to who committed the crime. Margaret Rudin, 76, a socialite who owned an antiques store that disappeared before being prosecuted and spent two years on the run before her trial in 2001, left a women’s prison after obtaining parole for her sentence between 20 years and life in prison for the murder of real estate tycoon Ron Rudin.

«I want to be exonerated,» Rudin told the Las Vegas Review-Journal in an interview with his lawyer Greg Mullanax. He said he wants to have a passport, vote and «be able to do all the things he could do before Ron was killed.» I didn’t do it,» he said. A complaint received after the broadcast of a television show about «the most wanted» led to his arrest in 1999 in Revere, Massachusetts, where he lived for a year with a retired firefighter who met among a group of American retirees in México.Al get out of prison, Rudin got into an SUV-type van and didn’t talk to reporters. Mullanax read a statement stating that it was «a happy day for Margaret Rudin and her family.»
«But the joy of being released from prison is tempered by the fact that Margaret Rudin is innocent and did not murder her husband, Ron Rudin,» she added.

Mullanax did not respond for the time being to messages left by The Associated Press.The attorney is asking a federal judge to order a retrial to remove Rudin’s conviction, which would keep her on probation for the rest of her life. Rudin, who became a great-grandmother while in jail, said she plans to move to Chicago to live with her daughter and grandchildren, and later plans to settle in Nashville, Tennessee.
«I’m going to write books,» he said, which will be about his trial and what he endured every year he spent in prison.

He said he blamed the Las Vegas police for his arrest, prosecution and conviction, and noted that his faith in Christ helped him overcome doubt and anger in prison.» Most of the time I thought, ‘I’m going to get out of this. I’m going to get through this. It’s going to prove my innocence,'» he said. The intrigue and twists of the plot began after the disappearance of her husband, a prominent 64-year-old Las Vegas real estate entrepreneur, in December 1994.A month later, fishermen found her skull and some burned bones near the Colorado River reservoir, about 72 kilometers (45 miles) from Las Vegas.Ron Rudin was shot in the head as he slept and his body transported in the trunk of a vehicle to the desert to burn it, according to the prosecution. A bracelet with jewellery bearing her name was found on the site. Ron and Margaret Rudin had been married for seven years, and for both it was the fifth marriage. Police said he was shot several times with a .22-caliber pistol with silencer whose disappearance had been reported a year after the marriage. The beneficiaries revealed that Ron Rudin modified his trust in 1991 with the instruction that his death be investigated in case it was violently and anyone who was responsible from his will be withdrawn from his will. Margaret Rudin tried to get six of her husband’s $11 million, but reached an agreement with the trustees of the tycoon’s assets to deliver her about $500,000 after they sued her in 1996 in an attempt to show r who was involved in the murder. 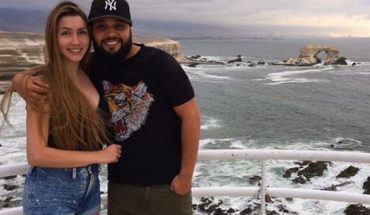 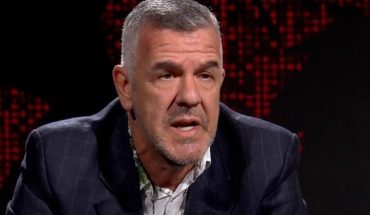