Geneva — Nearly half of mylenials believe a third world war is likely to occur in the course of their lives, even though three-quarters of them think wars could be avoided, according to an international survey by the International Committee Red Cross (ICRC). The research was carried out between 16,000 young people between the ages of 20 and 35 in fifteen countries plus the occupied Palestinian territories and their results have been published today by the humanitarian organization, which reminded the thousandths to be politicians, decision-makers and opinion-makers for tomorrow.

In particular, 47% of respondents believe that a new global conflagration is possible in the coming years, while 46% think otherwise, an outcome that reflects interviews with young people in two groups of countries: in conflict and in peace. The first are Afghanistan, Colombia, Israel, Palestine, Nigeria, Ukraine and Syria; while the second group include Indonesia, Malaysia, France, Russia, Switzerland, the United Kingdom, the United States, Mexico and South Africa.The thousandths of Malaysia, South Africa and Russia are the most pessimistic because 68%, 49% and 48%, respectively, think they will be affected personally because of a conflict in the future, while the Swiss and British are the most optimistic, with 76% and 60% who believe that is unlikely.

The future of wars
People in places of conflict tend more to believe that wars will decline or end in the next half-century, compared to respondents living in peaceful countries. The ICRC’s survey of a private company undoubtedly reveals unease among young people about their future, as indicated by 54% of respondents as likely to see a nuclear attack likely in the next decade. Presenting these results to the press, CIC Director General Yves Daccord said that one of the explanations for youth pessimism is their feeling of living in countries that are unable to make common resolutions in critical situations, as has been the case with the war in Syria since 2011.The millennials observe that countries, instead of cooperating, compete with each other, and consider it likely that incidents of unpredictable consequences will occur, the person responsible explained. Instead, the organization’s analysis does not see that social media is the creator of these concerns, although they can be the sounding boards of anguish that the thousandths already had.

People in places of conflict tend more to believe that wars will diminish. Photo: AP

The Limits of War
The responses of the interviewees regarding the limits of wars concern instead the International Red Cross, which sees in them «an erosion of the basic human values enshrined in international standards». While there is almost unanimous opposition to the use of weapons of mass destruction, 41% believe that torture is acceptable in certain circumstances, an outcome that reflects a change of thought that originated with the 9/11 terrorist attacks 2001 in the United States.This tragedy modified the image that occurred until the present millennium that «only the bad ones» tortured, recounting Daccord.A significant 36% believe that captured enemy fighters should not be allowed to contact their families, which is a basic right recognized in international humanitarian law. Nuclear weapons, along with biological and chemical weapons, cause the most rejection, but when questions focus on landmines and racima bombs – two internationally banned categories – the thousandths of Israel and the United States are more likely Permissive. In the first country, only a third of thousandths consider them unacceptable, while in the second they are half. The research also revealed a worrying acceptance of expressions and actions that dehumanize the enemy, whether real or perceived, which coincides with times of false news, misinformation and polarization.» Unsurprisingly, these issues are so complicated for this generation,» confronted with violent and highly mediatized phenomena such as that of the Islamic State jihadist group, is recalled in the conclusions of the survey. 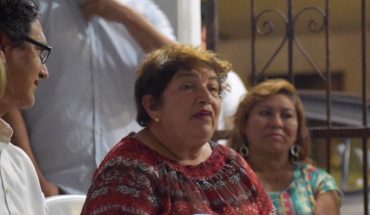 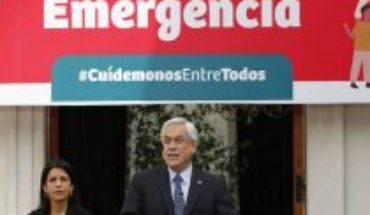