CDMX.- Panist Senator Xóchitl Gálvez stated that it is unfeasible to rip the presidential plane because it is not from the government.” I don’t know if you can rip it off because it’s not theirs. How you’re going to rip something that’s not yours. It’s like I’m going to go and get a TV in Elektra and put it on raffle. He’s going to tell me Elektra ‘wait, I’ve got the bill.’ And we don’t even have the plane bill,” he argued. The lawmaker from Hidalguense failed López Obrador’s plan.

We really have to get serious in this government. You get the plane and what the you do with a plane. It’s all populism”

“The President must accept that this plane is owed and that what we are going to be paid for the plane has to be paid to the financial landlord. Sell it to Aeromexico, stay here in a serious company that could give you an operation. I think it’s absurd, it’s time to get serious, the oven isn’t for buns.” Separately, MEP mececist Martha Tagle suggested Lopez Obrador use the plane for her tours.” It seems to us that the sale was going to be very difficult and today I think it has been confirmed; we should reconsider using this aircraft to transport itself, with modifications, taking away its luxuries. He does important tours and spends the same or more to be able to travel with him with his team and with the source,” he said.

“It is more feasible for you to reconsider making the modifications you consider relevant to take away your luxuries and continue to use it for your tours. It’s already bought.” 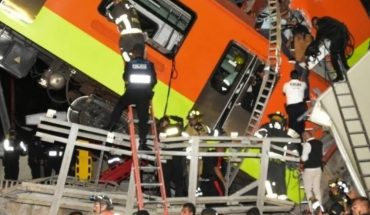