Apatzingán, Michoacán.- A sleain between two vans was registered on the Apatzingán-Acahuato road in this municipality, which left a dead man and two injured, according to the information provided by police contacts to this news agency.
The event was attended by the elements of Civil Protection, by the agents of Tansito and the Michoacan Police, as well as by the staff of the Public Prosecutor’s Office. The vehicles involved in the misce were a Nissan pickup truck and a Ford pickup truck, which after the collision were shattered.
Strong crash between vans on Apatzingán-Acahuato road @MonitorExpresoA a consequence of what happened the driver of the Nissan, who was identified by his loved ones as Bulmáro M., 39, died while receiving medical care in a hospital in the region, while his two companions are injured, they are Alexander M., 16, and Esau Z., 18, who were channeled to a local nosocomio.
Official contacts told this editor that in the Ford there were no victims, this unit was conducted by Fernando V., 15 years old and was going as co-pilot Elí V., 39 years old. The elements of Transit were responsible for flagging the place in order to avoid another accident, were supported by the elements of the Michoacán Police, who cordoned off the perimeter. 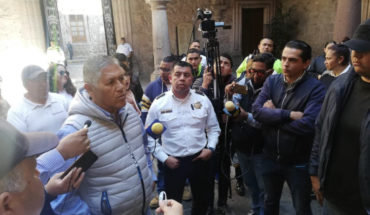 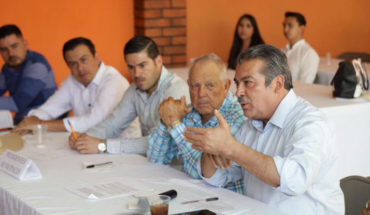