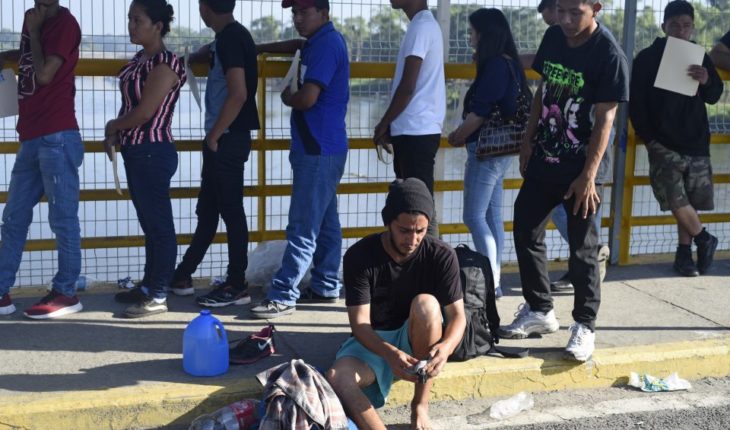 The National Migration Institute (INM) prevented access to the La Mosca migration station in Tuxtla Gutiérrez, Chiapas, to three members of the Human Rights Observation and Monitoring Collective of the Mexican Southeast who have permission to visit the detention center. There, most Central Americans who were handed over to the authorities at the Rodolfo Robles bridge, which separates Mexico from Guatemala, remain locked up there. The INM said Sunday in a statement that most will be deported.
As David Tobasura, one of three people who intended access to the interior of La Mosca, explained, the officials were justified by an alleged circular that vetoes the passage to the organizations due to the presence of the caravan. Neither Tobasura nor his companions received the document. Later, the activist said, the argument changed and officials reported that they could not guarantee the safety of the observer team, so they would not be able to access it.
“It’s the first time it’s happened to us, until now we’ve always been let to make regular visits,” Tobasura said.
Animal Político wanted to know the version of the INM but, at the close of this note, the institution that Francisco Garduño runs had not responded.
Activists, Tobasura said, are considering making a complaint.
The veto was confirmed by sources from the State Commission on Human Rights.
La Mosca or El Cupape 2 is a migratory station located in what until 2013 was a plant that served to produce sterile flies that were used in agriculture. This industrial complex, which belongs to the National Institute of Avalúos y Bienes Nacional (Indaabin), was converted into a detention center for foreigners in June 2018, shortly after the signing of the agreement between Mexico and the United States by which the government of Andrés Manuel López Obrador pledged to reduce the migrant flow. It was previously used by the Federal Police and the National Guard.
Organizations such as those that are part of the Human Rights Observation and Monitoring Collective of Southeast Mexico have denounced that the infrastructure lacks conditions to house the migrants. However, it has been used since June due to the saturation of the migrant station Siglo XXI, in Tapachula, the largest migrant detention center in Latin America.
La Mosca took over from other infrastructure that was also used provisionally since 2018: it is the Mesoamerican Fair, an old palenque and event venue located outside Tapachula.
There are no exact figures on how many people were transferred between Sunday, Monday and Tuesday to La Mosca. The INM did publicthat 228 migrants were already deported to Honduras from Villahermosa, Tabasco. In its statements, the institution states that it is “reviewing” the immigration status of Central Americans, but has not indicated where it keeps them locked up.
The Government claims that they have been offered options for bringing and regularizing, as well as seeking asylum. However, just as it numbered in more than 200 those expelled, it did not give any data on how many were released to follow its process.
What we do in Animal Político requires professional journalists, teamwork, dialogue with readers and something very important: independence. You can help us keep going. Be part of the team.
Subscribe to Animal Politician, receive benefits and support free journalism.#YoSoyAnimal 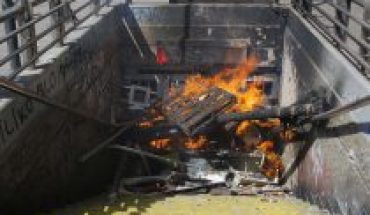 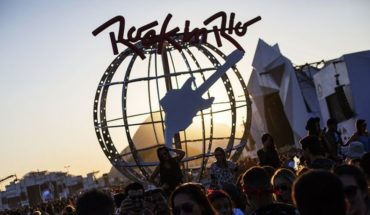 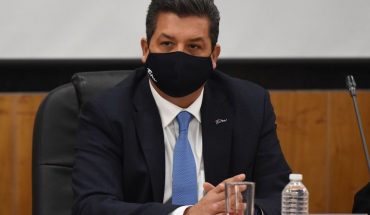