MEXICO CITY.-Feminists protested and made pints during the march called after the murders of two activists against femicide and gender-based violence.

The demonstration called «All to the street» began at around 17:30 hours and departed from the «Antimonument», located in front of the Palace of Fine Arts, towards the Angel of Independence.

Members of collectives such as Ni una minus México, Me too México, Violetas Sogrowing, Feminist Breeding and Collective Love is not Violence A.C. indicated that the reason was to fail and demand justice for the death of
Yunuén López Sánchez and Isabel Cabanillas.

The first activist, 24, was kidnapped and found lifeless on 9 January in Michoacán.

Today he is marching against the femicides of Isabel Cabanillas and Yunuen and that the government sends his bullies to intimidate, and to attack, is Sheinbaum? so you care for us by sending you to suppress the bullying? In addition the vileness of using women as a human shield of pic.twitter.com/W4ykB54TQt monuments — Seluna ♀ (@darkmoonselina)
January 26, 2020

Meanwhile, Cabanillas, 26 years old and a member of the collective «Daughters of Maquilera Madre» in Ciudad Juárez, Chihuahua, was murdered on January 18.

From Avenida Juárez, and in front of the Palacio de Bellas Artes, there were pints and they threw red paint on walls. They also splattered on elements of the capital police, including women.

In the Columbus Roundabout they dropped a Molotov bomb, so a woman was injured, while in the Senate they threw objects.

They also painted in relation to the petition for lawmakers to approve legal abortion nationwide.

«Mexico Feminicida», «Nini more» and «His death will be avenged», was read on some posters.

We urge the Mexican State to thoroughly and gender-basedly investigate the murder of the women’s rights activist, Isabel Cabanillas, so that this crime does not go unpunished, #NiUnaMenos Our condolences to her family and friends. pic.twitter.com/6LYAWtDZgk — UN Women Mexico (@ONUMujeresMX)
January 20, 2020 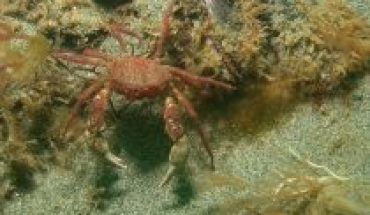 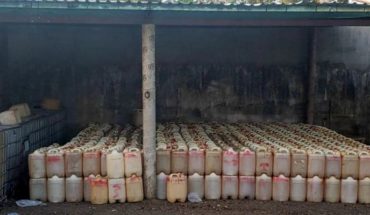