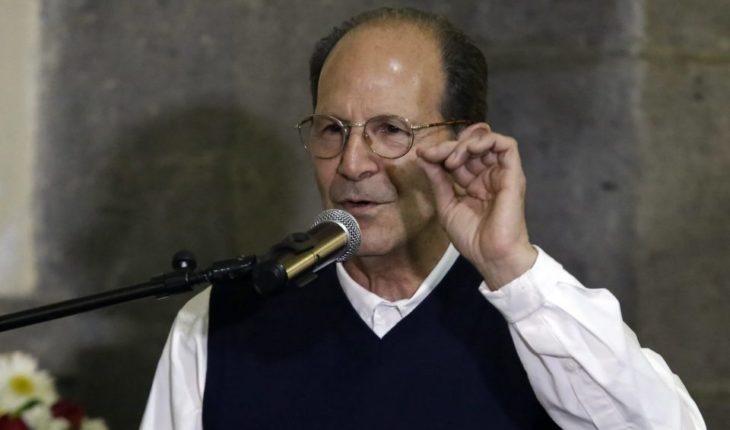 Father Alejandro Solalinde justified the Action of the National Guard with the migrants of the Central American caravan, considering that they obey an internal security mission.
«You can’t judge this government with the same standard as the previous ones, I’m going to tell you why: the Guard is serving an internal security mission, but I can tell you that if it were the Guard according to previous regimes, where there was a human rights crisis, there would have been dead since last year,» he said.
Read: Mexico, The Other Trump Wall That Ended the Caravan and The Hope of Migrants
In addition, Solalinde accused Pueblos Sin Fronteras of organizing actions against the Mexican government.
«They (the Organization PeopleS Without Borders) in their agreements have a strategy that is first to make the Government of Mexico, the National Guard look bad as a repressor, but they are also doing a great job for Donald Trump because we are in election time and they are indirectly doing that,» he said during his visit to Tijuana.
Priest Alejandro Solalinde acknowledged that he has not sent anyone to the Southern border in support of Central American migrants, clarifying that «our accompaniment and comprehensive care is to migrant families already in the country.»
Read: National Guard says he’ll punish element that joked about throwing gas at migrants
«I accompanied caravans, the last thing I would do would be to expose the children, we always put the women and children, the most vulnerable people, inside that cord of protection, but (People Without Borders) no, they take families ahead to face the National Guard by force,» the activist lamented.
«The National Guard has not been repressive, but of restraint, as a human rights defender, I am concerned that they (migrants) could reach the border, because across the northern border there is a presence of organized crime, ultimately what would you say why they come, why they approach the border, if when they make their request Donald Trump will return them? Tens of thousands are coming back.»
The activist stressed that this is no time to organize a caravan, and that it is better to wait for U.S. Election Day.
Find out: The Guard has acted well, says AMLO, but accepts «some cases» of use of force
«It’s not the time (for the caravan), for the good of all, (I’d say) waiting this election year, there’s so much blackmail from Donald Trump, where then everything is going to change, the National Guard isn’t made for migrants, but to secure Mexico’s inner life,» he said.
«They’re used to migrants, and that’s not new, they’ve been a lucrative piece,» he said.
«I can see a very clear geopolitical intention, it is not a spontaneous caravan, it is organized and strategically thought out.»
With information from Reforma
What we do in Animal Político requires professional journalists, teamwork, dialogue with readers and something very important: independence. You can help us keep going. Be part of the team.
Subscribe to Animal Politician, receive benefits and support free journalism.#YoSoyAnimal