Just Wednesday that the economic growth cabinet was unveiled, the International Monetary Fund unfurled the shadow of the stagnation of President López Obrador’s six-year term, and the spectre of Miguel de la Madrid’s government’s average annual growth begins to get on the current six-year period: the IMF revealed that average annual GDP in the first three years of the current government would be 0.7%. The only way to push GDP is with public investment multiplier of private investment and above all a climate of investor confidence that does not exist until now. Hence the possibilities of the growth cabinet, but also the difficulties of returning uncertainty to a greedy entrepreneurship. The new growth cabinet regains the decisive role of GDP as a data for economic growth. Although disdained even in academic circles, GDP is the general indicator par excellence because it reveals the sum of the goods and services produced by the country; that is, it points comparatively to whether the economy is growing, stagnating or entering recession. Commitments under the General Economic Policy Criteria for 2019 and 2020 advanced an average annual GDP of 2.7% throughout the six-year year, although the National Development Plan had a higher target on annual average: 4%, with 2% annual in 2019 and 2020, 4% annually in 2021 and 2022 and 6% annual average in 2023 and 2024, to make an annual overall average at the six years of 4%. The official GDP of 2019, reported Thursday by Inegi, was -0.1%, against 2.1% in 2018.The GDP targets show indications of the dynamics of the economy. In theoretical terms, GDP should grow above two determining variables: the growth of the economically active population (PEA) or the working-age Mexicans who are first-year incorporated into the formal labour market and the target of population growth. The PEA rate is 2.8% annual average and the demographic rate is 2% annual average. If GDP grows above these two indicators, then there will be a situation of positive growth and well-being; but if it falls below those two indicators, then it means that the economy is unable to create the goods and services that the population is required to be linked to the welfare economy. The average annual GDP of de la Madrid’s six-year year 1983-1988 was 0%; however, over the six-year period there were 8.4 million Mexicans applying for employment for the first time and did not find it because the economy did not grow and did not create jobs and in those six years the total population grew by approximately 7.2 million. There was the crisis of state welfare incubated.The IMF’s recent economic expectations document is signed by Mexican Alejandro Werner, undersecretary of finance in the Calderón government and then bank of Mexico official. And it shows Mexico’s three-year expectations at 0.7% in 2019-2021, against 1.3% for Latin America, with the negative effect of Venezuela’s GDP: -35% in 2029, -10% in 2020 and -5% in 2021.Mexican stagnation contrasts with the productive dynamics in some countries of the region at the very higher three-year average: 1.9% Brazil, 3.5% Colombia and 3.1% Peru.Mexico’s stagnation has to do with a monetarist economic policy decision: lower ingestiling GDP as a way to lower inflation pressures. Mexico’s federal budget in 2019 was not for productive activities but to unproductive assistance destinations, with adjustment of spending, reduction of staff and wage decline. In addition, there was no public investment programme and private investments were reduced in the unprecedented climate of business uncertainty. The IMF’s forecasts put an average 2020 growth of 1%, even despite the signing of the Free Trade Agreement 2.0, because adjustments were made to benefit US entrepreneurs and not Mexicans. In this context, the growth cabinet could be announcing the decline in welfare spending and the budget destination for productive investment. The challenge is to raise GDP in 2019 to 3% minimum.-0-PRI: Alito, vase. The president of the PRI has just proved the reality: his office means nothing, the priist governors move on their own and without controls of the party. Thus, Alejandro Moreno Cárdenas Alito has no control thread in the PRI; criticized the Institute of Welfare Health, but the prison governors gave their full support to the new agency. The data is important because you would be showing that the president of the PRI will be a zero to the left in the definition of legislative applications in 2021.Courses: those interested in the courses of update and specialization of the teacher Carlos Ramírez can find data and contacts in http://www.indicadorpolitico.mx/?page_id=102326 Policy for dummies: Politics is the reality that wants to hide. 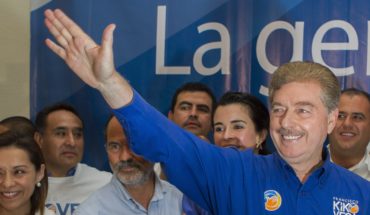 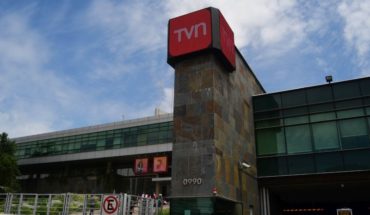