The number of confirmed cases of the virus in China has increased to more than 17,000, while in twenty other countries there are more than 150 confirmed cases of infection.
But the virus has not only spread pneumonia, but also misinformation has become viral on social media and some internet posts.
There are also several conspiracy theories that have emerged since the outbreak began, not to mention dubious health tips and unsubstantiated claims.
The BBC Monitoring team detected the source of misinformation that has been circulating for days and has been shared thousands of times without verifying the source. Here are just 5 stories.
1. Bat soup videos
From the outset, people speculated online about the origin of the coronavirus, which led to the dissemination of a series of videos of Asians eating bats in Wuhan.
One of the publications shows a smiling Chinese woman, holding a bat cooked on camera and saying it tastes «chicken meat.»
The video caused outrage on the internet, where some linked Chinese eating habits to the outbreak.
But the video was not filmed in Wuhan or China. It was originally recorded in 2016 and shows popular blogger and presenter Mengyun Wang during a trip to Palau, an archipelago in the western Pacific Ocean.
The clip reappeared on social media after cases of the new coronavirus emerged in Wuhan late last year.
After the backlash, Wang apologized and said he was «just trying to present the lives of local people,» and that he didn’t know that bats could be carriers of viruses.
There are indications that the new coronavirus emerged from a market for wild animals sold illegally in Wuhan.
Although bats have been mentioned in recent Research in China as a possible source of the virus, bat soup is not particularly common in the country and research has not yet been completed.

2. The video of the «Wuhan Nurse»
Different versions of a video of «whistleblowers,» allegedly taken by a «doctor» or «nurse» in Hubei province, have accumulated millions of views on social media accounts and mentioned them in numerous online posts.
The most popular version was uploaded to YouTube by a Korean user and included English and Korean subtitles. The video has already been removed.
According to English subtitles, the woman is a nurse at a hospital in Wuhan. However, she claims to be neither a nurse nor a doctor in the video.
This seems to be simply an assumption from those who uploaded several versions of the video on social media.
The woman, who does not identify herself, wears a protective suit in an unknown place. However, his suit and mask do not match those worn by medical staff in Hubei.
Due to a blockade by the authorities it is difficult to verify videos of the province, but the woman makes a series of unsubstantiated claims about the virus, so she is unlikely to be a nurse or paramedic.
It also notes that the virus has a «second mutation», which can infect up to 14 people, but the World Health Organization has preliminaryestimated that the number of infections that an individual carrying the virus can cause is 1.4 to 2.5.
«She doesn’t sound like someone with medical professional training,» Muyi Xiao, Wuhan native and image editor of the online magazine ChinaFile.
Although the exact location of the video is unknown, the woman is likely to be a resident of Hubei and share her personal opinion on the outbreak.
3. A virus «planned»
When the United States reported its first case of coronavirus last week, several patent documents began circulating on Twitter and Facebook that at first glance seem to suggest that experts have been aware of the virus for years.
One of the first users to make these accusations was conspiracy theorist and youtuber Jordan Sather.
In a long thread that has been retweeted thousands of times, he shared a link to a 2015 patent filed by the Pirbright Institute in Surrey, United Kingdom, which talks about developing a version of coronavirus for potential use as a vaccine to prevent or treat airway diseases.
The same link has also circulated widely on Facebook, mainly in conspiracy and anti-vaccine groups.
Sather used the fact that the Bill & Melinda Gates Foundation is a donor to both Pirbright and vaccine development to suggest that the virus from the current outbreak has been deliberately manufactured to attract funds for the development of a vaccine.
«And how much funding has the Gates Foundation given to vaccine programs over the years? Was the release of this disease planned?» he tweeted Sather.
But Pirbright’s patent is not about the new coronavirus. It is actually from the avian infectious bronchitis virus, a member of the wider family of coronavirus that infects poultry.
As for the speculation about the Bill and Melinda Gates Foundation, Pirbright’s spokeswoman Teresa Maughan told Buzzfeed News that the institute’s work on the infectious bronchitis virus was not funded by this foundation.
4. Conspiracies of «biological weapons»
Another unsubstantiated claim that has gone viral online suggests that the virus was part of China’s «covert biological weapons program» and could have leaked from the Wuhan Institute of Virology.
Many mention two widely shared journal articles Washington Times who cite a former Israeli military intelligence agent.
However, no evidence is provided for such a claim in the two articles, and the Israeli source is quoted as saying that «so far there is no evidence or indication» to suggest that there was a leak.
The two articles have so far been published on hundreds of social media accounts, with the potential to reach millions.
The Diary The Daily Star published a similar article last week, claiming that the virus could «have started in a secret lab.»
However, since then he has modified the article to reflect that there is no evidence to make the claim.
The BBC contacted the Washington Times to receive feedback, but there was no response.
5. «Team of Spies»
Another publication links the emergence of the virus to the suspension of a researcher from Canada’s National Microbiology Laboratory.
Virologist Xiangguo Qiu, her husband and some of her Chinese students were suspended from the lab after a possible «violation of politics,» according to a report by Canadian public television CBC.
But the police told CBC News that «there was no threat to public safety.»

Another publication says Qiu visited the Wuhan National Biosafety Laboratory of the Chinese Academy of Sciences four times in the past two years.

A message that was retweeted 12,000 times and received 13,000 likes stated without evidence that Qiu and her husband were a «spy team» that had sent «pathogens to Wuhan’s premises», and that the husband «specialized in the coronavirus investigation».
None of the three statements can be found in the two reports of the CBC and the terms «coronavirus» and «spy» do not appear once.
CBC has since reported that these claims are unfounded. 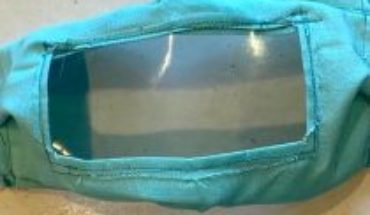 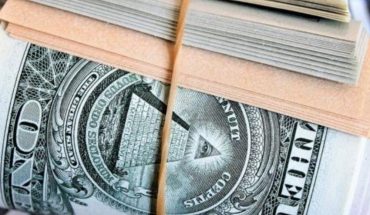 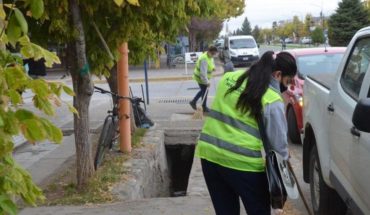