China has recorded more than 630 deaths and 30,000 people infected by the coronavirus 2019-nCoV as it occurred on Thursday, including the death of one of the first doctors to warn of the danger of this strain, while the rest of the planet hardens measures to address the viral pneumonia epidemic.
The death toll from the epidemic in mainland China – not counting Hong Kong and Macau – rose after Hubei Province reported 69 more deaths and 2,447 new infected. Outside China, the disease claimed two victims, one in the Philippines and one in Hong Kong, and infected more than 240 cases in thirty countries and territories.
However, the 2019-nCoV coronavirus mortality rate of about 2 percent remains well below that of the SARS (Severe Acute Respiratory Syndrome) epidemic that killed 774 people worldwide between 2002 and 2003.
Quarantines and flight suspension
Meanwhile, thousands of travelers and crew members are being held on cruise ships in Asia. In Japan, 3,700 people from dozens of nationalities were quarantined 14 days on the Diamond Princess cruise after 61 cases were confirmed on board. While in Hong Kong, some 3,600 people are in the same lot on the World Dream cruise ship, after three former passengers of the same tested the new coronavirus. According to a statement from the Japanese authorities, a case was detected aboard a third ship, the Westerdam, which sails for Japan.
The Hong Kong authorities closed all border crossings with the rest of the country and will impose a two-week quarantine on all visitors from China from Saturday. Paralyzed by the restrictions and practical isolation of the world, the Chinese economy could suffer the consequences for a long time.
Xi tackles the epidemic with Trump
Meanwhile, Chinese President Xi Jinping assured his US counterpart, Donald Trump, that his country is «fully capable» of stopping the coronavirus while claiming that China wages «a popular war» against the epidemic with a «national mobilization» and » very strict prevention and control measures,» according to statements cited by national TELEVISION television.
Beijing also called on Washington to react «reasonably» to the epidemic, in line with statements made by the Chinese Chancellery when it accused the United States of «creating and spreading panic, which is a very bad example.»
China to investigate doctor’s death who alerted coronavirus
After public media outlets, such as national television CCTV and the Global Times, announced the doctor’s death – information that was later removed from social media – the World Health Organization (WHO) reacted, without waiting for hospital confirmation , expressing his sadness. Subsequently, the central government announced an investigation into the doctor’s death and Wuhan City Council offered condolences to the family. 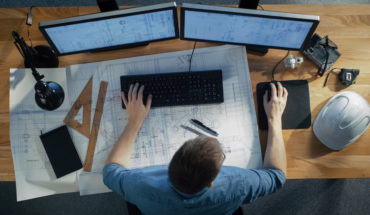