After his arrival in Argentina after his intense tour of the European continent, President Alberto Fernández received the reference for the Radical Civic Union, Ricardo Alfonsín, officially appointed as future ambassador to the Kingdom of Spain.With the the conviction that this country is Argentina’s «gateway to the European Union (EU)», the radical reaffirmed the weight of this designation by considering it «very important», while «hoping to be able to successfully fulfill it and live up to the circumstances for the benefit of Argentines.» For his part, Fernández posted on his social networks: «I received in my office Alfonsín, new ambassador to Spain, a country with which we are united by history and which must be the gateway of Argentina to the European Union».

The national representative with his peer, Pedro Sánchez

Alfonsín also raised the need to achieve the «best possible relationship with all the countries of the world, with the European Union and, in particular, with Spain, which is the second largest investment country in Argentina». In this vein, he stated that Spain is a «very important door to the EU» and that the President’s mandate is that he work «in conjunction with other ambassadors to strengthen ties» with the European bloc, within the framework of the «discussion» of the treaty signed last year with M ercosur.» We will continue to work because it is essential to materialize an agreement of these characteristics that contemplates, of course, the interests and asymmetries that exist. I am sure that there will also be a predisposition in the EU, because there are also asymmetries that do not play for them,» he said.

Alberto Fernandez with the King of Spain, Felipe VI

Attention that his presence escapes the front of All and allies, Alfonsín considered his appointment in Spain to be «a gesture» by Fernández that «must be appreciated», while commenting on his surprise that this point is not read from the media as a «sign l Very strong in favour of dialogue and consensus-building.» «An effort must be made so that society can perceive that this is the path that the President has been calling for since the presidential campaign and that he has now materialized, among other issues, with this offer,» he said. He also stated that in the absence of «minority» criticism from its political space, on the contrary, he received the support of the «immense majority» of his peers, including that of governors Rodolfo Suárez (Mendoza), Gerardo Morales (Jujuy) and Gustavo Valdés (Corrientes) among other party authorities who backed «a decision that shows that radicalism is ready to act to end the rift». The President had announced alfonsín’s appointment to his Spanish peer, Pedro Sánchez, and then King Felipe VI, during his meetings in Madrid last week during the official tour that also took him through Italy and France.In this note: 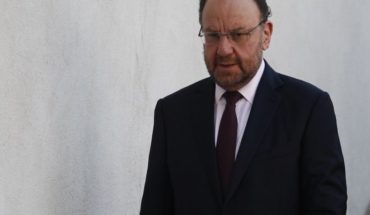