Although he was born in Belgium, because of his father’s diplomatic duties in the country, Julio lived in Argentina from the age of 4 and grew up in the house that the Cortázars had in the town of Banfield. His perception of time was always different from that of others, and this directly influenced his writing, characterized by the rupture in the linearity of the story and other elements that placed him in the category of “surrealist” author. He was always a great reader, studied philosophy, taught to help his family financially and collaborated on the famous magazine Sur. He later settled in Paris, where he lived until his death, although he never stopped visiting Argentina and Latin America. Before his exile, he participated in the film script of “La Sombra del Pasado”, an Argentine film in black and white directed by his friend Ignacio Tankel. Although this was his only film foray, his extensive work inspired renowned directors around the world.

Weekend
His short story “The Southern Highway” had several adaptations, including this Film by Jean Luc-Godard, a reference for the nouvelle vague. A traffic jam gets a couple stuck in the middle of their journey and unleashes survival situations that illustrate human passions. Different directors approached the same work differently, using cinematic language to give it its imprint. With his particular style of assembly and prolonged silences, Godard tells this story that proposes a critique of capitalist society and its consequences on interpersonal relationships.

Blow-up
This 1967 film directed by Italian Michelangelo Antonini was based on Cortázar’s short story “Las Babas del Diablo”, where he chronicles the discovery of a photographer after revealing photos of his lost camera. Discovering a possible killer hidden behind the trees of a park, he becomes obsessed with learning more about the alleged crime and gives rise to this classic work of mystery film, a British co-production that was marked by the personal style of the renowned Director.

Fury
Director Alexandre Aja brought the short story “Grafitti” to film in 1999, with this French post-apocalyptic sci-fi film starring Marion Cotillard. The story revolves around the romance between two young people in the midst of an oppressive regime, a reflection of Argentina’s military dictatorship in the 1970s. It was one of Cortázar’s most politically contained works, which gave material to the filmmaker in order to build a fantastic-themed allegory, based on the terrifying reality of an era.

Park privacy
Of course, national cinema was no exception. Argentine director Manuel Antín, who was also a friend of the writer’s, brought to the screen more than one of his works: Circe (based on the tale of the same name included in “Bestiario”), The Odd Figure (adaptation of “Letters to Mom”) and finally this film, based on two End Of the Game stories: “The Cycladic Idol” and “Continuity of Parks.” In black and white, this co-production with Peru tells the story of two men and a woman who travel to Machu Picchu and live a love triangle with mystical implications. In this note: 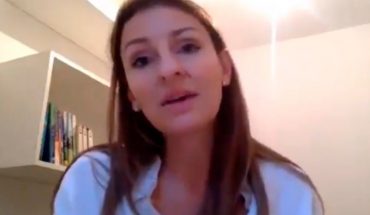