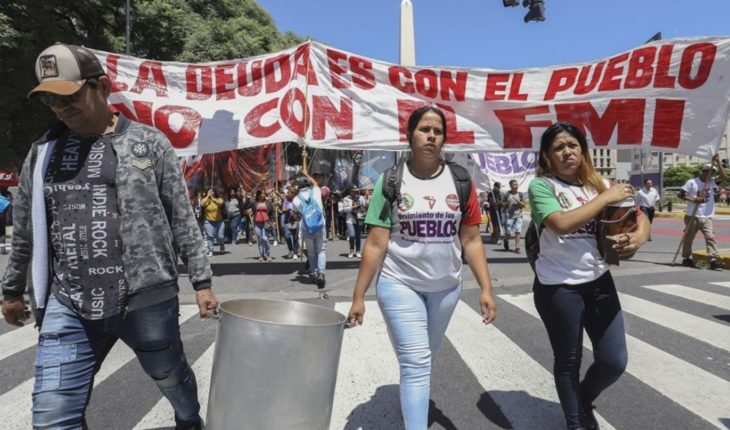 Various trade union, social and political organizations today focused on the door step of Congress to protest against the International Monetary Fund (IMF) and to show support, at the same time, to the Government in the midst of debt management.
The Autonomous CTA, Barrios de Pie, Libres del Sur, the Evita Movement, La Cámpora, the Darío Santillán People’s Front, the Workers’ Union of the Popular Economy (UTEP), the Argentine Confederation of Transport Workers (CATT) and the Federation of Maritime And the Naval Industry of the Argentine Republic (FeMPINRA), among others.

The mobilization began in the Obeliscus and from there it was moved to Congress with a message against the IMF – which started a mission in Argentina on Wednesday – and the call for the adjustment to be made for debt repayment does not fall on the most common sectors rables. The columns extended over Rivadavia Avenue and Hipólito Yrigoyen Street from Callao to Plaza de Mayo and, despite the absence of fences, did not approach the sides of the Congress building, where access to the Chamber of Deputies and the Senate.

This was part of the organization of the march, since the militants of the groups themselves took care to maintain the concentration on Callao Avenue and prevent it from surrounding the Congress building. 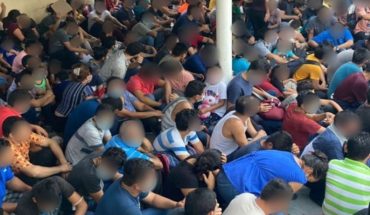 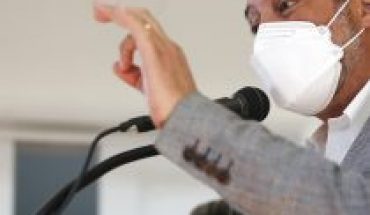