Culiacán, Sinaloa.- Governor Quirino Ordaz Coppel dedicated all morning this Wednesday to oversee the construction work of four collectors currently being built at different points in the city of Culiacán, which are the Agustina Ramírez, the Arroyo del Piojo, Los Mezcales and the Adolfo López Mateos, whose works will come to solve the flood problems of several popular colonies and where 389 million pesos are invested as a whole. Accompanied by the Secretary of Public Works, Osbaldo López Angulo, the state representative first arrived at the Infonavit Humaya colony, but before overseeing the work of collector Agustina Ramírez, he visited the Humaya Supplies Market, to greet customers and locals, who several of these traders thanked them for the support they gave them last year to deal with the damage they had from the floods that affected their trades.

Soon Governor Quirino Ordaz Coppel walked through the area of the work of collector Agustina Ramírez, from the Mexico International Highway 15 on the side of the market itself, to the Isssteesin colony, passing through the Infonavit Humaya, where he could see an 80 percent advance in such works. Then the state representative headed to the northern sector of the city, to visit the work of the collector of the Arroyo del Piojo, in the colony 6 de Enero, which itself is a relief work of 35 percent of the flow of said stream, to reduce the risk of flooding in the surrounding colonies, such as The Lombardo Toledano, Los Alamitos, Las Cucas, Juan de Dios Bátiz, El Mirador and 16 September, which have historically suffered these affectations in rainy season.

The next point that the governor traveled was the collector of Los Mezcales, in the colony of the same name, adjoining the sector of the Loma de Rodriguera, located a little further north of the city, at the exit to the Union of Tepuche.This rainwork consists in improving the hydraulic capacity of the existing infrastructure that discharges its tributary into the Humaya River, for which two ducts of 2.0 x 2.0 meters will be built on one side of the existing 3.00 x1.80 meter pipeline, and the trap section will also be demolished , to construct a rectangular section channel of 7.0 x 2.0 meters.

Finally, the governor of the state went to the other end of the city, to the southern sector, to oversee the construction of the collector Adolfo López Mateos, the longest, 4.32 kilometers long, and which crosses several popular colonies, from Manuel J. Clouthier Avenue to La Costerita.The works that are carried out consist of covering the stream with a variable section in “U”, ranging from 5.0 meters to 10.0 meters wide and 2.0 meters high with their respective bridges at the crossroads of streets that currently have works. 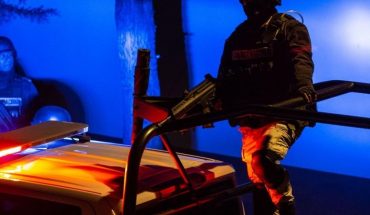 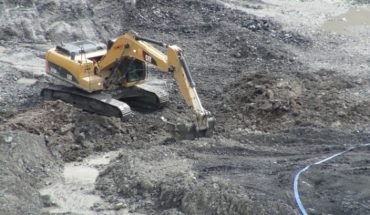