The sheriff’s announcement, Bill Gore, in a statement Thursday came less than a week after the subpoena was issued, which are the only ones so far in California. The department is the first in the five states to comply with the request, noted ICE spokeswoman Lauren Mack.Requests for information are one of Donald Trump’s government’s latest actions against what it considers «sanctuary» jurisdictions, which adopt laws and policies to limit cooperation with immigration authorities.» Although the sheriff’s department does not enforce immigration laws, we are required to comply with legally issued subpoenas,» the department’s statement said. Police explained that state law drastically limiting cooperation with immigration authorities does not explicitly address subpoenas. Previous requests for information had been voluntary, he added.» A federal subpoena creates a legal obligation and is not ‘cooperation’,» the note wrote. Monika Langarica, a lawyer with the American Civil Liberties Union (ACLU) in San Diego and Imperial Counties, noted that the state law referred to by the police department, the California Securities Act, clearly prohibits sharing information non-public personnel with ICE. The department should demand subpoenas issued by a court, he added. The issuance of ICE subpoenas, and the possible enforcement of the sheriff’s office, jeopardize public safety and community trust,» she said.
The office of California Attorney General Xavier Becerra declined to comment.

Gore is a Republican elected to a position that is officially not partisan, who in the past served as director of the FBI’s San Diego office. He is not known for maintaining a radical stance on immigration.
San Diego prosecutor Robert Brewer explained that the department complied with two outnumbered subpoenas this week. There’s two more for the next one.

ICE issued its final round of subpoenas Friday to several agencies in Oregon: the state police, the Hillsboro Police Department, and the wasco and Clackamas county sheriff’s offices. 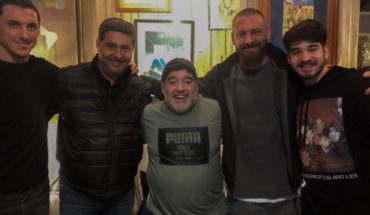