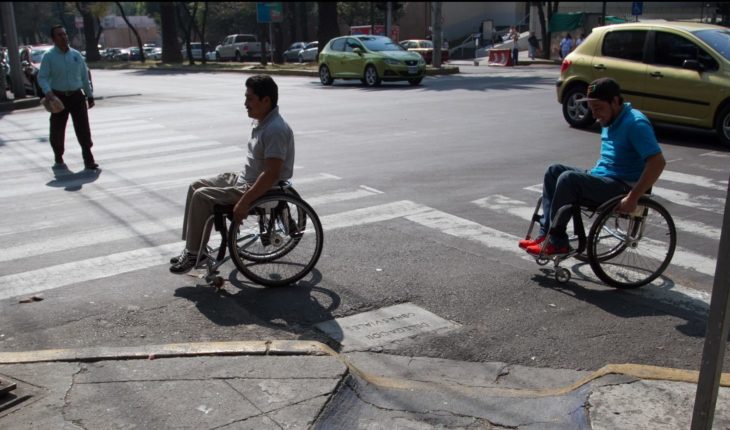 On Monday 20, the Senate passed an Amnesty Act that calls for granting pardons to persons deprived of their liberty, only for non-serious or nonviolence crimes, in federal prisons. One of the beneficiary groups are people with disabilities (pcd).
But what could it mean for people with disabilities, especially psychosocial? That’s what we talked about with Berenice Pérez Ramírez, who last year published in UNAM a study called «People with disabilities and deprived of their freedom in Mexico City. A statistician from seven prisons.»  Here’s an interview we did about that study last year.
In that study, Pérez Ramírez managed to meet face-to-face via a common questionnaire with 358 people deprived of his liberty and with disabilities, which achieved a portrait rarely seen in Mexico.
The Amnesty Act proposes to remove some people with disabilities from prison. What do you think in general?
The measure was taking months before. While in bedroom 8 and 9 of Tepepan’s women’s prison I observed that: the departure of women with psychosocial disabilities. With this Senate-approved measure, it’s very important to consider what happens when they come out: that’s a major problem.
Read: Generally pass Amnesty’s Senate Act; release non-criminal resources, claim the NAP
Sometimes we only think of the exit as the goal to pursue, but many or many no longer have ties to any family member, they do not know if they can go back to where they lived, if it is still their home.
Most of them and they, during their time in prison, have also been under the prescription of psychopharmaceuticals. If intake is inhibited abruptly, they resent it.
While it is a timely measure in the context of the emergency, it seems to me that it is not enough to think only about the exit, in what conditions they will leave and what networks will host them.
Do you think these measures are being taken? How can we know?
I don’t think they’re being taken. The prison system is quite complicated when it intends to carry out an approved measure in other spaces. The system is only aimed at meeting it and there is no group of people who are actually tracking even personalized. (In the CDMX) not all people who are in Tepepan and the Manly Center for Psychosocial Rehabilitation (Cevarepsi) are in the same condition, you should see the particularities of each case.
It must be complicated because the prison system is now taking certain measures: not all staff are attending, they are making guards. That means they’re hardly giving a one-off follow-up.
It is not clear to me that they have established communication with organizations that can serve as support for these exit processes.  It seems to me that these are measures that are taken by context, and that is fine, but they are not considered structural issues of the pcds that are in those spaces.
You were talking about the situation of people with psychosocial disabilities. Is it different with people with other disabilities, like maybe the motor?
Maybe. One difference is that the percentage of people with physical or motor disabilities who committed serious crimes is a higher than for crimes committed by people with psychosocial disabilities. In this sense, not all pcds in the various centres may meet the requirements of the Amnesty Act.
Another difference is family contact. We do note that while family and community ties are also broken, they are more supported than in the case of people with psychosocial disabilities. The breakup is more evident there.
Then there’s a long-time prison system problem. A person who’s been 2 years 25 is not the same. The more years the city is and there is no longer much chance of making contact with families or there was a wear and tear. Under what conditions are they going to come out?
What money?
There is little job training. Although there are schools where they can do some formal or non-formal study, in the end the exit is very difficult to find a livelihood and in this context (with COVID) will be much more complicated, there will not be as many possibilities of work.
The Amnesty Act’s only actions generate is a depressurization of the system at the moment, but we cannot consider it to work in the long term. In my opinion, what’s going to happen is they’re coming back.
In an ideal world, what should the process look like?
Have a team that can serve as a bridge-link between people deprived of their freedom and outside. Establish contacts with organizations, networks, family groups to track on a case-by-case basis.
They would have to consider the time factor, how long they’ve been locked up because it hits tremendously. It is important to make support groups: those who were less than 5 years old, 5 to 10 years, more than 10 years.
Consider that if the person who comes out uses psychopharmaceuticals, ensure continuity. If there is a diagnosis of psychosocial disability, the accompaniment should be closer.
Even covering these aspects, you have to think there’s a lot of stigma outside. At some point a group of people in the North Recluso would say to me, ‘I don’t want to lie anymore, because I’ve done it all my life, but on my way out I don’t know how to tell people that I was in jail, that I’m looking for work, home.’
A reflection should be promoted outside of the stigma that those who have been in prison carry, the obstacles they will face will be tremendous. That’s why recidivism is great. While the Amnesty Act may seem very advanced and in favour of people who have not committed serious crimes, if we do not think about the exit, it could be worse.
This note was originally published in Yotambién.mx.
What we do in Animal Político requires professional journalists, teamwork, dialogue with readers and something very important: independence. You can help us keep going. Be part of the team.
Subscribe to Animal Político, receive benefits and support free journalism #YoSoyAnimal. 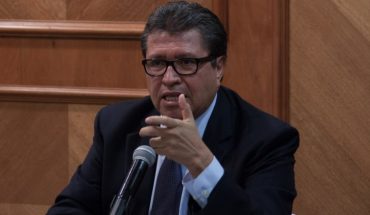 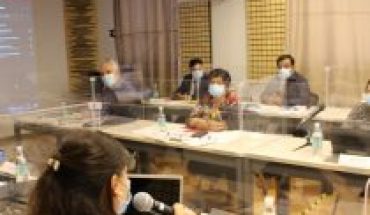