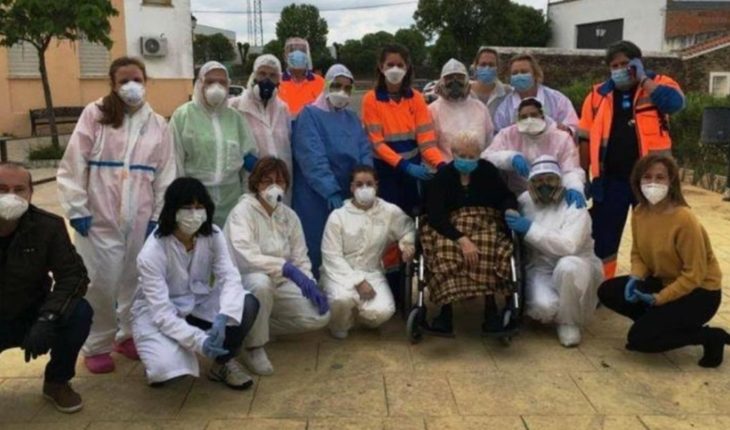 Garrovillas de Alconétar, is one of the municipalities most hit by the pandemic in Spain and as reported by the World Health Organization, more than half of the deaths by COVID-19 in Europe occurred in geriatrics. But the truth is that in the residences of the elderly there is also good news and emotional stories that deserve to be told. It is the case of Isidra Rivero Macarrill, a woman who has given battle to the coronavirus and if everything continues as before on May 14 she will be celebrating her 104 years of life.
Isidra has five children, ten grandchildren, of very different ages – the oldest is 54 years old and the youngest 8 years old – and twelve great-grandchildren. A widow from the age of 52, she was at the head of a bakery and also attended a cattle farm in Hinojal, her birthplace. Until a year and a half ago, this hinojaliega neighbor stayed every month with one of her children but the break of a hip and a greater physical decline caused her family to take her for better care to the residence of Garrovillas de Alconétar.

«She’s one of the oldest residents, I don’t know if she’s still the biggest. What I do know is that he’s resisted the virus. Three other Hinojal neighbors who were with her in Garrovillas have unfortunately died at this time. It’s very hard for everyone. That is why the joy is greater now,» reflects his granddaughter, Montaña Lindo, in dialogue with Spanish media.

Isidra did not require hospital assistance and was directly isolated in a room in the residence after undergoing a PCR that was found to have COVID-19 antibodies: «Fortunately my grandmother did not develop pneumonia when we were told she was stuck. That’s why everything went well» concludes Lindo.In this note: 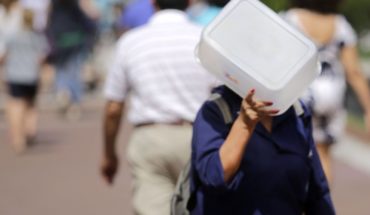