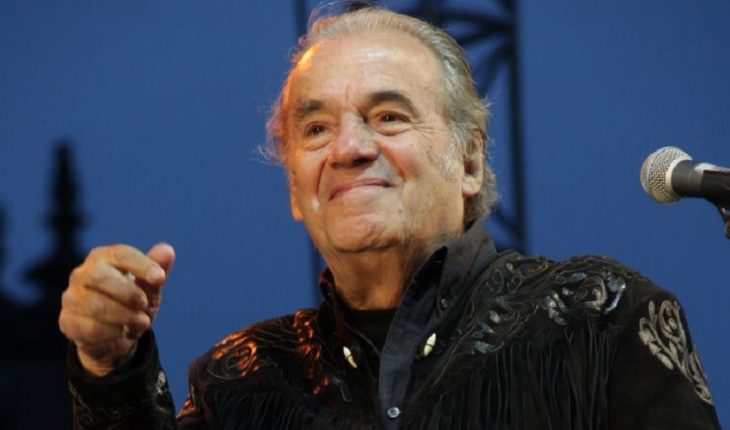 The singer-songwriter, 85, died on the afternoon of this April 30 after being hospitalized. ISSSTE confirmed that his death was by COVID-19.
His death occurred at the National Medical Center (CMN) «November 20th.»
«The staff of this hospital attended the patient at all times. After entering the isshest of isSSTE on Wednesday, April 28, with a picture of frank respiratory distress, with an attack on general condition and classic symptoms suggesting coronavirus. The corresponding test was taken, which showed that his painting was indeed compatible with infection of this disease,» the Institute said.
«The patient had a history of smoking with a chronic lung condition. On april 30 April, unfortunately, he had respiratory arrest and the death from COVID-19-related Pneumonitis was diagnosed,» he added.
The culture secretary, Alejandra Frausto, lamented the death.
«A fighting voice never goes out, thanks Oscar Chavez, your life was a journey worthy of you. My deepest condolences to your family, friends and fellow wrestling and song. Long live Scarlet Chavez!» wrote the secretary.

A fighting voice never goes out, thanks Oscar Chavez, your life was a journey worthy of you. My deepest condolences to your family, friends and fellow wrestling and song. Long live Scarlet Chavez! pic.twitter.com/4qak8QRIqY
— Alejandra Frausto (@alefrausto) April 30, 2020

For the Culture authorities, Chávez’s performances marked an era in the musical history of Mexico, whose work was distinguished by performing and composing various genres of Mexican and Latin American popular music.

#HastaProntoÓscar
The Ministry of Culture and its institutions mourn the passing of Escar Chávez, representative of the trova and traditional Mexican music who, with his work, managed to portray the reality of Mexican society and give voice with his music to the right causes. pic.twitter.com/0tIFZQsj3r
— Ministry of Culture (@cultura_mx) April 30, 2020

He recorded more than 100 albums, dedicated to the musical genres of different regions of the country: Oaxaca, Chiapas, Veracruz, Guanajuato, Guerrero, Nuevo León, Distrito Federal, Yucatán and also to particular aspects, such as the Mexican bullfighting festival, the railway song, Mexican Christmas and the festivities of the dead.
His career also included Spanish, Latin American, children’s music, as well as tango and romantic bolero. He revived songs by composers such as Chava Flores, Rafael Elizondo and Pancho Madrigal.
«As a singer, she has performed on the main stages of the entire Mexican Republic from the Palacio de Bellas Artes and the Auditorio Nacional, to amphitheaters of villages and university esplanades. He has also sung numerous times in Cuba, Spain, Ecuador, Peru, Argentina, Nicaragua, El Salvador, Guatemala and the United States,» describing part of his biography at the Ministry of Culture.
His artistic career is also remembered for his performance in the film «Los Caifanes», with which he won two film awards: a «Goddess of Silver» and a «Herald».

The Aztec warned him in «Los Caifanes»: «Then any day you lift the sneakers and don’t know about your own cadaveric guateque.» He left the Caifán Mayor: the Styles, the actor and singer Lscar Chávez. Good trip and greetings to the Cat, mazacote and Marrascapache.? pic.twitter.com/nTn2QQasb1
— CultureUNAM (@CulturaUNAM) April 30, 2020

In addition, he directed plays, such as «Un hogar solid» and «Ventura Allende» by Elena Garro. He participated in the recording of more than 200 radio-theatre programs for Radio University (UNAM).
What we do in Animal Político requires professional journalists, teamwork, dialogue with readers and something very important: independence. You can help us keep going. Be part of the team.
Subscribe to Animal Político, receive benefits and support free journalism #YoSoyAnimal. 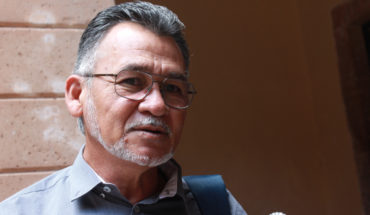 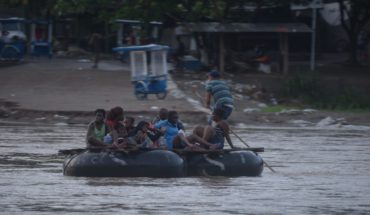