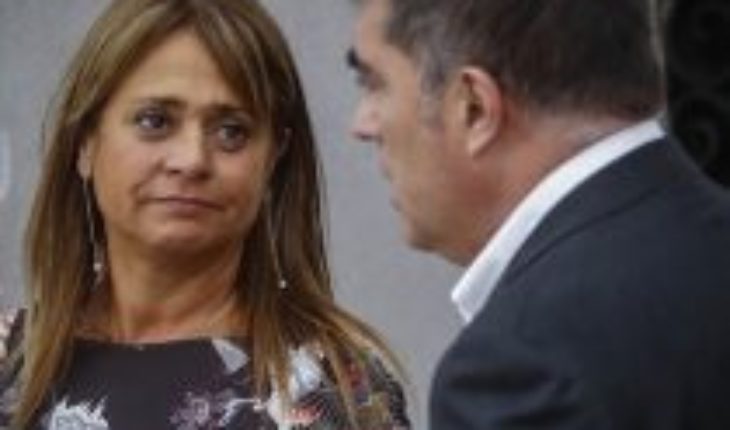 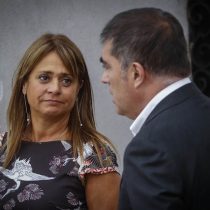 The management of the situation in El Bosque, where incidents were recorded this morning in a protest called under the slogan “we are going hungry”, opened a division flank inside Chile Vamos. While Independent Democratic Union (UDI) president Jacqueline van Rysselberghe called on the government to be “firm” and complain against the protesters, her RN pair Mario Desbordes came to pass the “hard hand” strategy promoted by trade unionism.
As reported by T13, the UDI leader raised the issue at the usual meeting of the expanded political committee on The Currency on Monday and then confirmed her stance: “It cannot be that a small group of people put everyone’s effort at risk,” the senator said in the same way. “The government must be firm in this, it must complain with all the tools of the law. Today social isolation is being paid for by the whole country and it cannot be that a small group of people put everyone’s effort at risk,” she added.
According to the senator, “the government must apply the maximum sanctions, because here they not only generate public disorder, which already causes a climate of instability, but also jeopardizes the effort of the entire country to control the pandemic.”
Hard hand with who?
However, his sayings were absolutely rejected by the leader of National Renewal, Mario Desbordes. “Pretending hard hand, sticking with people who are going hungry, I don’t think it’s the tool or the solution,” President RN said 24 Hours.
In the opinion of the deputy, “that crowd does not want to hurt the government, it is happening badly, people who have precarious jobs, who have been doing it for weeks, even months, since the outburst, are having a hard time. So, hard-handed with who? Are you going to apply a heavy hand to 300-400 people who went out to protest because they’re hungry? I don’t think that’s right.”
“Nice place to stay”
The incidents detonated this morning in this commune in the southern sector of the capital, following the announcement of President Sebastián Piñera last night in the national chain about the delivery of 2.5 million boxes of food and essential products.
These demonstrations, plus the ranks that formed in front of municipalities such as Renca and Valparaiso of people requiring information on the boxes, forced the Government to go out and explain how this benefit would be delivered, through a spokesive of President Piñera, however, there were no press consultations for the incidents and criticisms of improvisation and the lack of clarity of the Executive.
Later it was the turn of government spokesperson Karla Rubilar, who was consulted for the incidents, and the UDI’s request, to which she said that “we fully understand people’s anguish but as a government we want to be extremely clear, violence under no means will help improve the situation.”
He also reiterated the above by President Sebastián Piñera, who called for “peace and understanding” with the delivery of the food box, which – as the Government clarified this afternoon – will be distributed home to this week or early next week. 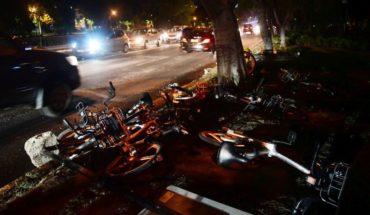