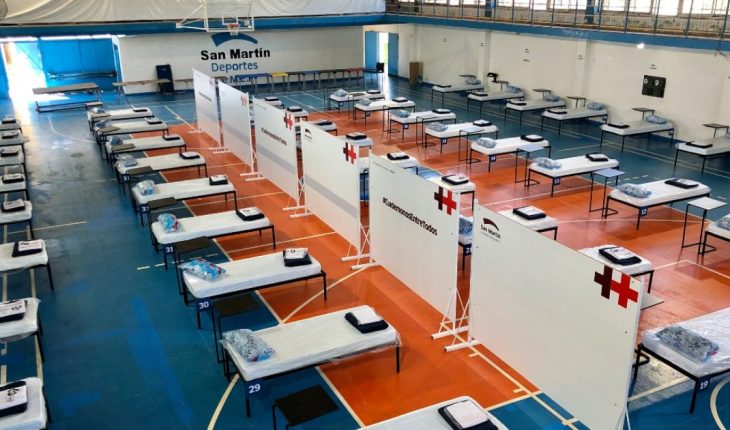 More than five million people worldwide were infected with the SARS-CoV-2 virus, which has so far claimed more than 350,000 lives. Health systems in different countries were overwhelmed fighting this pandemic and governments found themselves in need of building temporary field hospitals. These hospitals were set up on various buildings in the country, from clubs, colleges and universities, to the great Technopolis and the Republic of Children. Since the arrival of the virus in our country we know that the pandemic peak, sooner or later, is going to happen; and be prepared to receive the growing number of infected populations and prevent the collapse of the health system. In this sense, the City of the General Liberator Don José de San Martín, with its more than 430,000 inhabitants and 263 confirmed cases, began to use its Municipal Center of Physical Education (CE. M.E.F.) as a space for isolation and community care for patients with COVID-19. This center is located just 200 meters from the old rubbish of José León Suárez where the shootings of several Peronist militants occurred and who remained in ignorance until they were immortalized by the writer and journalist Rodolfo Walsh in «Operation Massacre». To learn a little more about its dynamics and relevance to the inhabitants of the municipality, Filo.News spoke with Morena Arin, generalist physician and coordinator of the center; and with Matías Olmos, who spent 14 days spending his isolation there after his diagnosis of coronavirus was confirmed.

«When a person with suspicion enters one of the health centres, he or she is referred by ambulance to the hospitals where the swab is performed. If you qualify for housing to isolate yourself from the family, you expect the result at home, if you do not refer to Firefighters or La Salle [espacio educativo en la localidad de Villa Bonich] waiting for the result», begins by explaining Morena.Then, if it is negative you are discharged and otherwise continue the isolation for 14 days, which can be done at home (with telephone monitoring that includes control of parameters such as temperature and the emergence of symptoms or alarm patterns) or in one of the coVID-19 positive patient isolation centers; such as CE.M.E.F. or Club San Andrés.These have 200 beds, nursing and 24-hour management equipment, as well as teaching staff, a gastronomic unit that is responsible for delivering the four meals on a balanced diet and advised by nutritionists, and recreational spaces for boys and girls.  «While the situation is not ideal for people, it has worked in such a way to generate a decent and welcoming place aiming for the accompaniment and integral care of people, facilitating contact with the family from the availability of WiFi in these offices,» he adds.

To get closer—and from another perspective—Filo.News also spoke, as stated above, with Matías Olmos, a physical education teacher who was in solitary confinement at the Club San Andrés after giving positive to COVID-19. He believes he got it in the dining room where he volunteered, as it was the only place he went, «with the corresponding circulation permit,» he clarifies. «Sometimes it was my turn to be serving food, sometimes reaching the waits with food to people and sometimes, as we knew there were big people who couldn’t get out, we would take the food to the door of the house ourselves. It is very likely that in that exchange I got it.» Today marks 14 days of isolation and truth, I felt very comfortable with attention. Nurses take care of us day and night, they spend three times a day to control our temperature, pressure and everything is fine. Touch is important right now. The nurses are super friendly and attentive, I am satisfied.» Matias is fine now, but the process wasn’t easy. He was in good spirits for three days, he said, until reality fell on him. «I struggled to accept that I had to be isolated from my family for 14 days. The lockdown, the stress, the uncertainty and the missing your family make you go through an unpleasant time. I think it is super important the accompaniment and empathy of doctors, nurses; that are alert to any anxiety attack, or even panic, that can happen to anyone.»

This instinct to care for the other becomes more evident in difficult times and has no protagonists to health workers. In the neighborhood of Villa Hidalgo where Matías lives, part of a town at the northern end of the party of General San Martín (José León Suárez), the inhabitants are also active participants in the attempt to contain the pandaddress its consequences.» My neighborhood is super humble. A neighborhood of laburadora people», tells about one of the many popular neighborhoods of San Martín mixed with the traditional urbanization. «In this last time the schools nearby, such as the San Martín de Porres school, were very present with the families. Also a lot of people willing to serve food for people.» It was expendable that we, who know the families of the ward, can provide support from social development. All through contacts. When something had to be expedited, for example, the ambulance or families that did not get the bags of goods, we would go to the contacts,» he explains about this nexus that schools made and that was made by working relationships.

On the other hand, it also tells us about the participation of the church: there are several throughout the town of José León Suárez and they work all year round. «There is a large group of young people, of men, of priests, who deal with the need of the wards, and each group has a specific role. Now, for example, there are groups of young people recovered [de adicción a las drogas] who go to the villas to disinfect the streets and sidewalks with a whole health team.» It is a community task and the various groups are rotating so that, in case there is any contagion, not all but the group that touched him go that day, «so as not to suspend the service to the community that is a fundamental pillar, food.» The truth is that it is a tremendous deployment that the church makes in those neighborhoods so vulnerable,» he adds.

Already recovered and eager to help, Matías reflects: «You find something you do not know what you are facing, and we love to have control of things, that nothing escapes us. But at that moment, in the test we realize that we are vulnerable and that we often have to cede control of things to God. I believe in God and from my perspective, I live it as a test, where faith is greater than fear,» he concludes.
In this note: 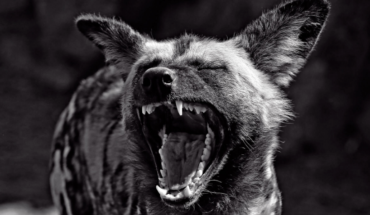 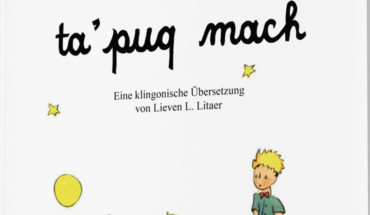 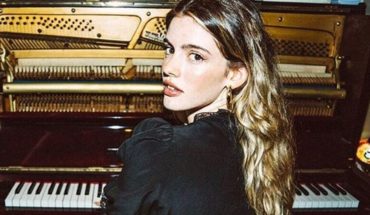