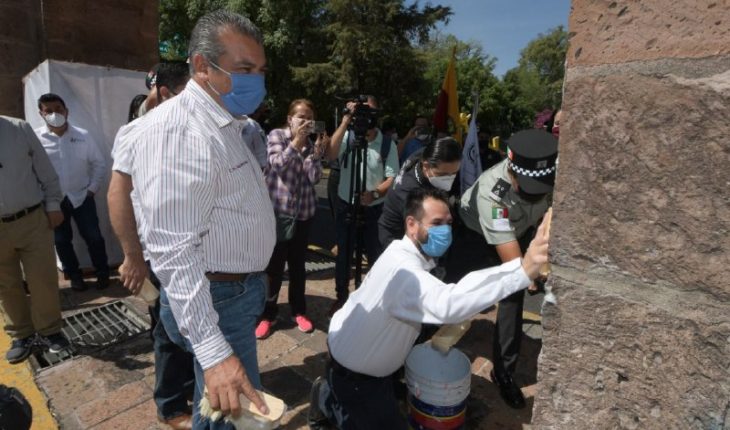 Morelia, Michoacán.- In order to oversee the proper process of cleaning and the care of the architectural heritage of Morelia, the municipal president, Raúl Morón Orozco, took a tour of the Aqueduct, where he joined the restoration activities and ensured that his administration works the appropriate guidelines for the elimination of pints, both in that area and in the rest of the Historic Center.
In the company of the director in Michoacán of the National Institute of Anthropology and History (INAH), Marco Antonio Rodríguez; as well as the coordinator of the Historic Center, Gauri Ivette García and agents of the National Guard, the mayor toured one of the areas affected by the pints that occurred during a demonstration.

He stated that although since 11 March last the route to be followed for the cleaning actions was defined, before the beginning of the health contingency by COVID-19, INAH chose to postpone its start-up and merely delivered a letter in all the affected buildings and houses, detailing the process to be followed for the removal of the painting.
This process, which consists of washing techniques and other alternatives, is supported by a technical document, as well as experts in the field by THE INAH, so Morón Orozco, expressed his confidence that the cleaning can be completed without affecting the surfaces.
In short, both the State Government and various individuals will launch the cleanliness of their spaces, having requested permission and advice for the process from the relevant authorities.
Finally, the municipal president stated that there is an option under study, whereby, with a special layer of silicate, monuments and buildings of the center could be protected, under circumstances of this type. 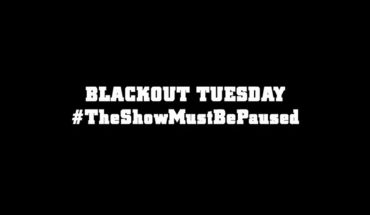 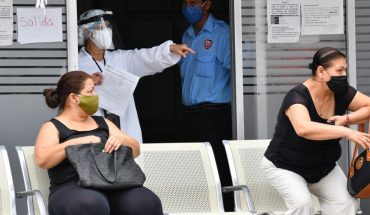 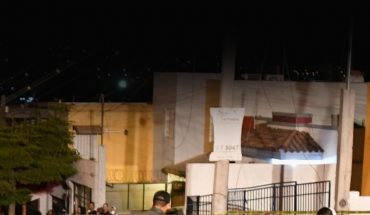 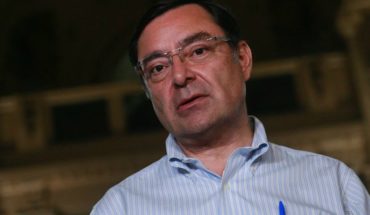