Morelia, Michoacán.- Aggresses to the Teachers’ Union of Michoacana University (SPUM) reported that the Pandemic of Covid-19 served as a pretext for university authorities in complicity with the Executive Committee to sign a contractual review in a way.
In this regard, Professor Guillermo Campillo noted that the signing of the 2020 agreement with the 5th Special Conciliation and Arbitration Board has set a serious precedent in the history of the SPUM. «For the first time in the history of our union, a withdrawal agreement is signed without the more than three thousand members being consulted or the Council to meet in any way; it is a firm that has had consequences on the clause of the collective agreement.»
It recalled that on 18 May the Movement for Legality, Democracy and Transparency at the SPUM, made up of members of that trade union and directly interested in the process of
formally requested the JLCA to extend the extension until 18 August. On 22 May, he submitted a new application, this time for indefinite suspension of the process itself, until conditions made possible for the restoration and normal functioning of trade union life. «That request was supplemented by
another on 25 May in which we formally demanded that our request be incorporated into file number J-V-167/2019, corresponding to the conflict between the SPUM and the UMSNH.
Finally, on 27 May we again present ourselves to reiterate this request for indefinite suspension through a new office. These demands were ignored by Board President Hill Arturo del Río, as well as university authorities and union leaders. It was appropriate for the parties to agree on the end of the site without the presence of the aggressate in their workplaces and without discussion of it, perhaps the most sensitive of the contractual reviews faced by the SPUM».
In particular, it noted, clause 132 on the right to retirement was amended, in terms that were not consulted on the offenders and which alter working conditions to the detriment of academic workers with less than 25 years of service and new hire, by introducing the requirement of biological age and the lengthening of working time to achieve retirement.
«We have now promoted appeals to the JLCA and the Judiciary of the Federation to reverse the outrage committed by the university authorities and the legal representatives of the SPUM. A contract or agreement should never have been entered into without the detailed knowledge and formal opinion of union members; even when previously established rights are affected.»

It noted that even the UMSNH-SPUM negotiations had continued after 28 May the Collective Labour Agreement was signed. «By the CEG newsletter issued on 5 June we learned that a new negotiating committee has been installed — without the participation or prior knowledge of the General Council — to follow up on the commitment set out in office number 148/2020, signified by C. Dr. Raúl Cárdenas Navarro […] regularization of interim matters», in addition to the restructuring of the joint Committees on Safety and Hygiene and Conciliation and Resolution, also only with representation of the CEG. Without transparency, it is clear that it is a question of encouraging teachers with regularization to be better suited to the Executive Committee.
Therefore, the non-conformities, the primary activities of the university were re-established, that commission is elected and under the authority of the General Council, general criteria for application are established throughout the institution and the full standard of professors who have covered inter-items is published. 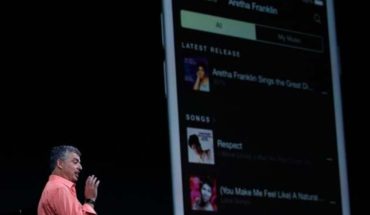